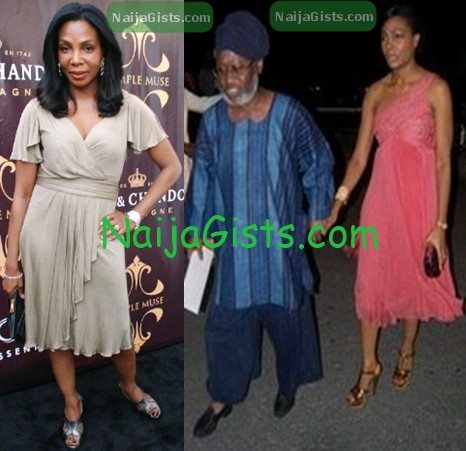 The socialite couple who got married six years ago are set to divorce after weeks of secret separation.

Nike Oshinowo‘s husband confirmed their split with City People. Though, a valid reason for their separation wasn’t revealed.

According to insiders, Nike & Dr Soleye are to be blamed for not giving each other the necessary attention to make their marriage work.

Adenike Oshinowo’s bossom friends have heaped the blame on Dr. Soleye who they say has remained a ladies man despite his marriage to Nike. He’s alleged to have been close to other women even after he was married to Nike. They claimed that although Dr. Soleye showered love and affection on her at the early stages, he stopped a few years ago when he began to ignore her.

Friends of Dr. Soleye also heaped the blame on Nike who they claim lives extravagant and flamboyant lifestyle which reportedly contributed to the quick depletion of Dr. Soleye’s resources.

They claimed that because of the love he had for Nike he spent all he had on Nike, setting up for her a beauty business and funded her Miss Nigeria project for 2 years before she pulled out. Many believe that their marriage may have contributed to the financial squeeze he is currently experiencing.Nike has kept mum about the break-up. [City People]

Though she had denied it, sources claim it might be one of the untold reasons for her divorce.