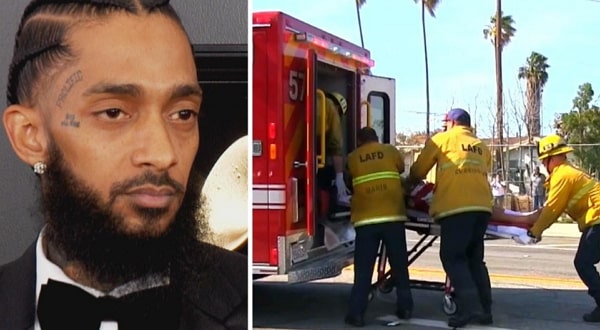 US rapper Nipsey Hussle who was killed in Los Angeles over the weekend knew someone was after his life.

According to reports from different sources, the rapper was already fearing death just days before he was brutally murdered.

TMZ reports that his team was well aware that someone was out to hurt the rapper and took extreme measures to protect him. Nipsey filmed a music video last week for an upcoming song he, DJ Khaled and John Legend collaborated on called “Higher.”

Sources on set said there was great concern over Nipsey’s safety during the shoot, specifically over the parking structure the crew used to film. The production team wanted the entire lot shut down so that only staff working the shoot would have access, but they were unable to locked down the full structure. Sources added that production hired 10 armed police officers because of concerns over Nipsey’s safety. It’s not exactly clear why, but it was said that his team was scared someone would try sneaking on set to kill him.

Although the extra security worked well on that day, unfortunately, he was shot dead in front of his own store days after.

What’s even more shocking about all of this is that hours before the shooting, Nipsey cryptically tweeted about “enemies.”

His killer has been identified and police are working hard to arrest him.