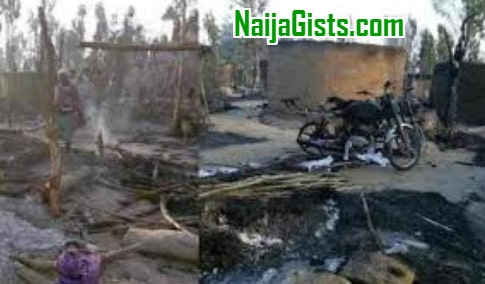 An eye witness, Paul Tyona told newsmen that what started like a minor disagreement snowballed into a bloody civil strife which resulted into killings and setting ablaze of houses from both tribes.

Tyona said as at Tuesday, Jukun youths allegedly stormed a settlement called Atsenga and razed down over 2000 houses including 3000 tubers of Yams and personal belongings.

The Nation gathered that chairmen of both councils have been trying strenuously to find a common ground to nib the bloody communal crisis in the bud.

When contacted, spokesperson of the Benue State Police Command said she is yet to receive report on killings