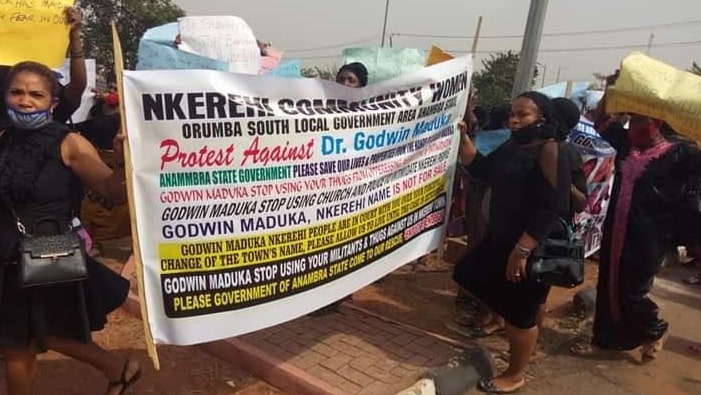 HOW ‘NKEREHI WOMEN’ PROTESTED AGAINST THE LAW

The right to protest is a constitutionally guaranteed right in Nigeria as enshrined in Section 40 of the 1999 Constitution. It is essential to our democracy, giving voice to those with no platform or privilege. It is one of the powers that people can exercise beyond voting in an election. Democracy thrives on deliberating, arguing and dissent. However, like every other human right, the right to protest or freedom of Assembly is not absolute. It has its limitations and when the bounds of the law is breached, it can be said to be illegal.

Some women who gathered under the banner of “Nkerehi women” embarked on an illegal protest to register their displeasure on the name change of the community to Umuchukwu. To drive home my point, there is a need to provide a background information.

The former President General of the community, due to popular demand and in order to avoid controversies and unnecessary bickering that wanted to tear down the peace of the community, applied to the then Government of Anambra State led by Mr Peter Obi for a referendum on the name change. When Government of the day moved to honour the demands of the people, it gave rise to a suit brought by Barr Basil Igwike and others from the community challenging the actions of the government. These parties approached a High Court sitting in Ekwulobia and sought a restraining order against the respondents, including the representative of Anambra State Government Mr Dubem Obaze (the then Special Adviser to the Governor on Chieftaincy and town union matters) The lower court threw out their application for lacking in merit. 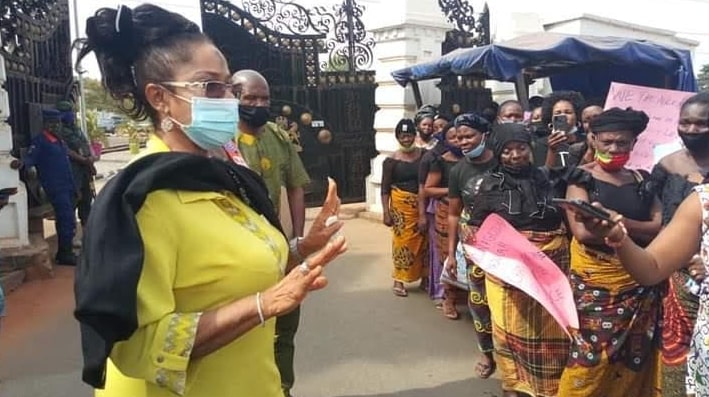 The State Government has since gone ahead in obedience to the pronouncements of the learned Justices of the Court of Appeal to conduct a referendum on the name change devoid of manipulation or deceit and majority voted for Umuchukwu. The State, acting in accordance with the wishes of the community has through the instrumentality of the Anambra State House of Assembly, gazzetted the name change, documenting it in Anambra State of Nigeria official gazzette ISSN 0331-1880. Awka – 6th March, 2008, Vol. 18. Currently, there is no stay of execution on the judgement of the court.

The judiciary as an institution is the final arbiter of the limits of the rights and duties of the rulers and the ruled. Upholding and obeying a judgement of the court is a sacred obligation which the law expects of every party before it. Failure to do so amounts to a direct insult or resisting the powers of the Judges. The protest embarked on by those women is contemptuous of the court. Contempt of court is an act calculated to prejudice the course of Justice and or likely to erode the dignity of the court either BEFORE, DURING OR AFTER proceedings.

The Nigerian jurisprudence is replete with cases where the courts frowned at such attitudes by litigants. It affects the dignity of the courts and the administration of Justice. It embarrasses and desecrates the sacred honour and integrity of the court and the judicial process. If such actions are countenanced and left unchecked, it will create an odious precedent which every party can utilize to interfere with and or jeopardize the powers of the courts. That is a perfect recipe for anarchy, uncertainty and confusion in the society. This is not and will never be the intention of our laws. The Court of Appeal has made pronouncements on this matter. The State Government under Mr Peter Obi has gone ahead to gazette it. Until the Supreme Court upturns this judgement, the Court of Appeal pronouncement stands and must be obeyed.

The State Government should be mindful of entertaining frivolous grievances from parties who hide under the banner of dissent to sow discord for their selfish political ends. Currently, a lot of town unions in Anambra State are engulfed in crisis and there can be no development without peace. The role of the government should be conciliatory instead of stoking tensions. The traditional institutions are over politicised and for a people with republican worldview, the traditional institutions will lose their relevance if this trajectory continues.

Borrowing the words of the author of the Igbo Bible Chinua Achebe, it is morning yet on creation day. Someone who destroys his bed will definitely sleep on the floor. May the rule of law prevail, for the sake of us all.

Continue Reading
You may also like...
Related Topics:nkerehi, umuchukwu