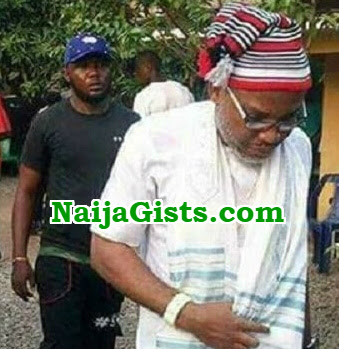 A man suspected to be one of the bodyguards of fleeing IPOB leader, Nnamdi Kanu has been arrested as soldiers and policemen invaded his home in Afaraukwu area of Umuahia on Sunday the 8th of October 2017 in search of arms.

A security source who witnessed the invasion denied claims by Kanu’s brother that soldiers stole personal household items like TV and generator set.

The source added that police nabbed the man because he was caught with arms.