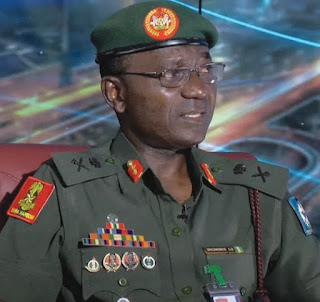 September 30, 2017 – Nnamdi Kanu Was Not Kidnapped By Soldiers, He’s Not In Our Custody- Defence Headquarter

In a statement released by DHQ Information Director MG John Enenche, the Defence Headquarter said Military operations recently carried out in Aba had nothing to do with IPOB leader Nnamdi Kanu and that no soldiers raided him home.

Here is what Enenche said in a news conference in Abuja yesterday: 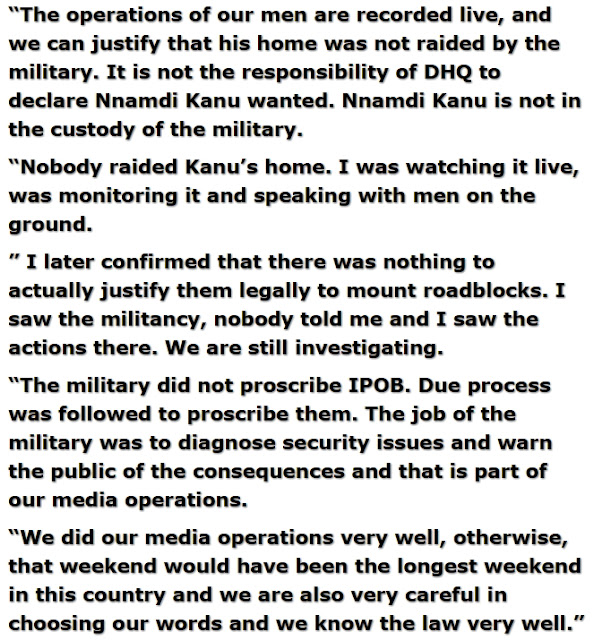