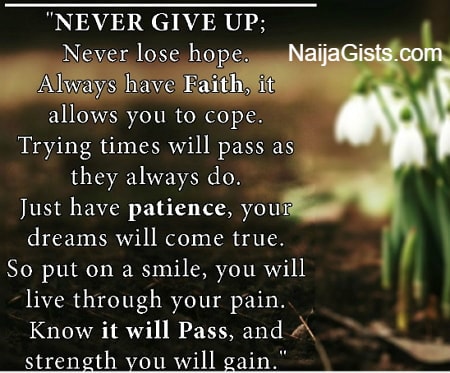 It is unexceptional for people that are in privileged positions by virtue of power gained and/or wealth acquired, that were products of God’s grace (1 Corinthians 15:10), to often brag about their ability to determine certain things in the lives of other people with lower life wherewithal. The Bible in sundry places certify the futility of such empty boasts because no human being has absolute power – all that are being bragged about (talents, treasure, position, power, position etc) are God’s exclusive endowment! (Isaiah 66:1-2; Colossians 1:16). It is apt to state that God can make stones (inanimate/unfortunate objects that were not created to speak) to sing His praises, when mouths (that were created to speak by God) are forbidden from speaking or testifying of His goodness. Suffice to say that with Him, there is no hopeless condition; and in Him, anybody can become anything!.

David attests to it when he said “….. promotion cometh neither from the east, nor from the west, nor from the south. But God is the judge: he putteth down one, and setteth up another (Psalm 75:6-7). It was God’s grace that lifted King Nebuchadnezzar up to become King of Babylon but when he became puffed up and adorned himself with the toga of pride, God brought him to his feet and “stones sang” (Daniel 4:28-32; cf 1Samuel 15:22-23).

When Jesus Christ approached Bethphage and Bethany, at the mount of Olives, He discovered an ass whose life purpose had been destroyed by her owners. He sent His disciples and ordered release of the ass together with the colt from the junction of destiny distortion. He removed the injunction placed on them by people that had decided that “their mouths must not speak”. When they brought the ass to Jesus Christ, clothes were placed on it and for the first time, “the stone spoke”. The sight of Jesus Christ on that ass into Jerusalem heralded ecstasy and songs of praises from the people but when the Pharisees in the crowd heard the noise, they said unto Jesus, “………. Master, rebuke thy disciples”. Jesus answered them and said, “I tell you that, if these should hold their peace, the stones would immediately cry out” (Luke 19:39-40). With that statement, Jesus Christ introduced another theology that, with Him nothing is impossible (Luke 1:37; Psalm 62:11) – He can bring water from the rock (1 Corinthians 10:4 cf Exodus 17:5-6), He can open heaven to release ‘bombs’ to destroy adversaries (Joshua 10:10-11) and with a stone He can silence fierce opposition and intimidation (1 Samuel 17:45-49).

Beloved, Jesus Christ has the final say and not any being. He has promised that “weeping may endure for a night, but joy comes in the morning” (Psalm 30:5; Job 22:29). In Jesus Christ, there is no hopeless case as anyone can become anything. Even, a dead tree has hope of resurrection at the scent of water (Job 14:7-9). In Christ, a generally agreed underdog can become a celebrity and a clinically dry or dead bone can rise, walk and talk (Ezekiel 37:1-10 cf Psalm 1:1-3). God has capacity to “….. make a way in the wilderness, and rivers in the desert” (Isaiah 43:19). He can create an expressway in the river (Exodus 14:21-22; 2Kings 2:13-15) or a pathway on water for His children to walk on majestically (Matthew 14:29).

In Him, human laws that some ladies can never have husbands based on whatever circumstance can be suspended because “stones can talk”. God has capacity to annul the medical embargo which stipulates that a lady that has reached the stage of menopause, inflicted with fibroid or severe infection, or a man with low sperm count can never have a child because in Him, “that stones can talk” (cf Genesis 18:9-15). The laws of economy that guarantees success when a business has right resources, right tools, right team or qualified workforce and operates in the right time can also be suspended for a flourishing business, because in Him “stones can talk” (cf Luke 5:1-11; Genesis 26:12).

Beloved in Christ, don’t allow anyone play God in your life. During this passion week, His suffering can, and shall, change your story for His glory. There is no person that can determine your future. Whatever position that God has destined for you to get to, be rest assured that you shall get there, no matter the gigantesque opposition against you. People that are boasting to deal with you or hinder your lift up are being emboldened by sheer ignorance of God and what He is capable of doing. God who sent ravens to feed Elijah with roasted meat from the heaven’s abattoir and His divine kitchen every morning and evening, is a God that can make “stones talk” ( 1 Kings 17: 1-7). The God who replaced the heat of a fiery furnace with the cool breeze of an air conditioner for His children is the God that can make “stones talk” (Daniel 3:22-27; Isaiah 43:2-4). The God who literarily turned carnivorous lions into herbivorous lions is a God that can make “stones talk” (Daniel 6:21-22).

To be a partaker of the miracle of stuttering of stones and shame powers that don’t want mouths to speak, you need to give your life to Jesus Christ, surrender your battle to Him, ask Him to free you from every road junction injunction, liberate you from known and unknown captivity, frustrate whatever satanic judgment placed on you, deliver you from inherited challenges, give you latitude to eat what you want and not what you see and make you a celebrity like that ass. 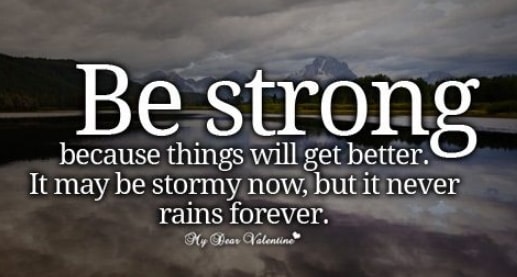 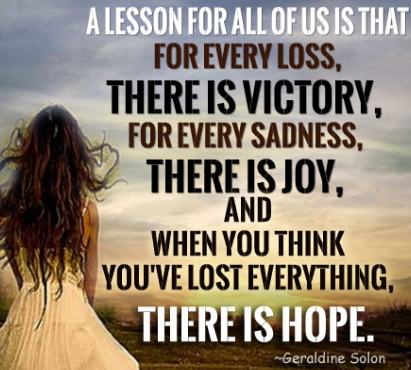 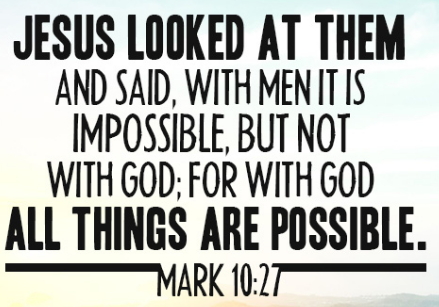 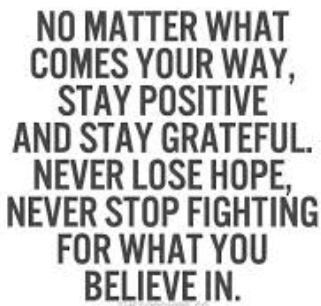 Prayer: Where they have said there is no way, O Lord, make ways for me and let the stones of my life begin to talk and sing, in Jesus’ name.

Friday Motivation: Don’t Give Up On God. He Is Worth The Wait!
Know Your Right: Nigerian Police Officers Have No Right To Arrest You For Debt