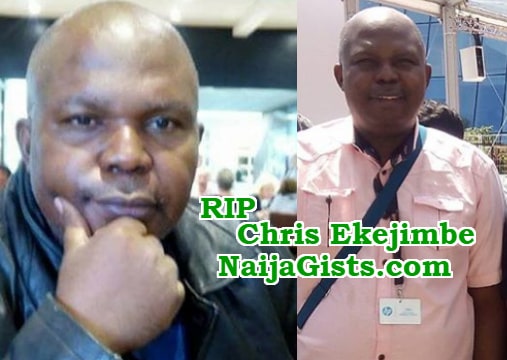 Early this morning, the Nollywood movie industry was thrown into mourning after a prominent member died in a Lagos Hospital.

Mr Chris Ekejimbe, a popular movie producer in Lagos who has been battling acute malaria and typhoid fever since early August 2018 gave up the ghost around 9am at the Lagos State University Teaching Hospital today.

According to insiders, Ekejimbe was rushed to LUTH on Tuesday after incompetent doctors at an undisclosed private hospital in Ikeja Lagos gave him malaria drug overdose.

Sadly he was rushed to LUTH when his condition had already become critical.

He reportedly gave up the ghost after 4 days in coma.