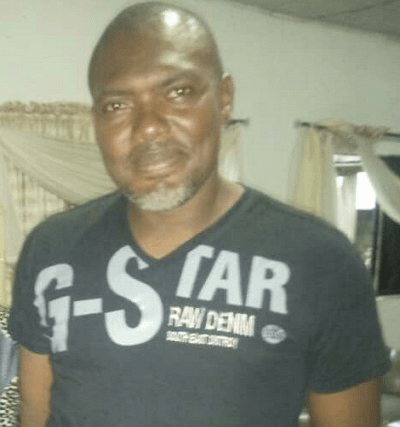 Mr Chirmela Iroha, one of the five persons abducted off the Lagos- Ore expressway at the Ogbere (Ogun state) given insight into why the “Fulani herdsmen” kidnapped and herded them into the forest.

Iroha and four others – as Chidioze Eluwa, Okoro Ohowukwe, Ndubuizi Owuabueze, and Ibeleji Chidinma abducted at the J3, Ogbere – Ijebu – Ode (Ogun State) stretch of the Lagos – Ore expressway, on August 1 and taken to the forest by the abductors.

After three days of intensive search and pressure mounted, both from air and land, on the abductors by the Police, the suspected kidnappers fled their hideout and abandoned the captives in the forest until they were found and rescued by the Police.

Chiemela who is the son of late James Iroha (Gregory stage name) of the New Masquerade fame, a popular television soap opera that is now rested, said they were kidnapped to pay for the cost of bullets expended on a high profile target which the kidnappers were chasing but eventually eluded them.

Narrating further, the young Iroha said the abductors “humiliated and tortured” them with any object they could lay their hands on, including marching them on a tortuous and drudgery 30km walk into a jungle of forests.

The traumatized Iroha said given the physical appearance and language spoken, he was doubly sure that their abductors were “fulani herdsmen.”

While their ordeals lasted, he added that they were given no food or water throughout the three days of staying both in the creeks and land.

He recalled that respite began to come their way when the Police surveillance helicopter hovered repeatedly across the area where they were kept, forcing the abductors to abandon them and “took to their heels.”

Iroha, however, lauded the Police, local vigilante group and hunters for the pressure mounted on the kidnapers and which eventually led to their rescue.

The Police Commissioner in Ogun State, Baahir Makama, who showcased the Police exploits over the kidnap incident and successful rescue of the victims, said four suspects were arrested in connection with the abduction.

Makama said contrary to the report that the victims were all pastors of the Redeemed Christian Church of God(RCCG), only one, a deconness, is a member of RCCG.