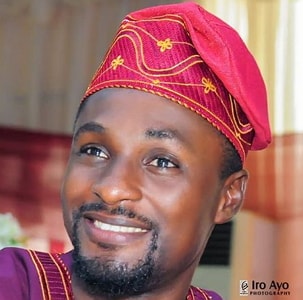 In this interview with The Nation, Nollywood actor Adeniyi Johnson speaks on his career, charisma among other issues.

How do you find it easy playing different characters?

I thank God for the talent; and I think talent and passion make it easy to be able to put these characters into action. Also, getting scripts ahead of time also help me to know who I am going to be in the movie or the role given to me. If I am leaving a location for another, while driving I rehearse; by the time I get to the set, I am already in the character.

Have you been in a situation where you are just given a role without a script?

In Africa, that is inevitable. Right from when we were being trained, you are given roles without script. They make you see the situation and then you act, other than Hollywood where you get your script and also get brush-up. But here, often time, we find ourselves in such a situation most times due to your inability to get your script on time or some people believe in you and have no doubt about your delivery. That is when the creative part of you comes up; when you have less than 30 seconds to prove that you are creative and also a professional. It is African and we are used to it.

But is it professional for an actor to take up a role without a script?

No. Something happened to me sometime ago; I was to do a stage drama, and the person that was to play a particular role had an accident, and that is swapping roles.

What do you look out for in a script as an actor?

Acting in Tinsel, how was the experience for you?

That was a decade ago. But you know some actors, if they get a call from Tinsel now, they will still jump up. Then it was like a major breakthrough. When you go for auditions and after it, you get a text to come for another reading and another. And after about five trials, you finally get a role. It is one of the joyous moments in an actor’s life. I over-celebrated; I was grinning and laughing. It was a dream come through (and) the series was second to none then.

Would you say the series was like a breakthrough for you as an actor?

It depends on what people see as breakthrough. Some know me from ‘Super story,’ while others know me from ‘Family Ties’ and others from ‘Tinsel.’ So it was an all-round work for me then. I had jobs that were going on and on. Some also know me from Yoruba movies too.

Which of the movie sectors do you enjoy most?

They both require acting. The only difference is the pay for now. It is not as if I am speaking with my armpit when doing English films. Sometimes you get a better storyline in English and other times from the Yoruba movie. I do both and that is why I often correct people that I am not a Yoruba actor; I do English movies, Yoruba and soaps too. And if you teach me how to speak either Igbo or Hausa, I will play the part too.

Which is more profitable?

I am doing both and they are profitable. I am getting my reward from the two. I am also comfortable doing them and they both add to my profile and make me relevant.

When you are not working, what do you do?

I am in my house relaxing. The hustle and bustle of making movies is not easy. It is either I am in my house or we go watch movies together. And if there is a match, I watch.

What will you say is the challenges of being a public figure?

We are subject to constant abuse and insults from people.

But how do you feel when you see or read about them?

It is their job; I see it as somebody is hungry and needs to feed. I don’t let it bother me as far as it is not taking money from my account. Initially as a young man coming, it gets at you. But with time I got used to it. But one thing that comes to mind when I see them is, it is either passion for fame or the quest to get fed. I read something and just smile.

But some of your colleagues believe it is fame?

That is for them. They do not believe in themselves and their work. They do not believe in their ability to deliver their role with what they have got; which is their talent and get known through it. If you believe in what you do as an actor or entertainer, you will not want to be involved in controversies. Once you are in the limelight, it is bound to happen though. There is a Yoruba proverb that says ‘Eni to ba ni oruko, ni abuko ma wa kiri.’ An ‘okada’ man can hit a car and the owner gets down, slaps the man and goes free. But if a star tries that, it becomes a headline. Controversies are not something that I dwell on.

Do you believe that celebrities are not different from an ordinary man on the street?

It depends on how we see ourselves. For me, I am not different from them. I am different with the way God made me; we are all celebrities in our different fields. It is just that everybody cannot be on the screen. Once over ten people know you, you have become a celebrity.

What is your take on nearly every actor being a producer?

That is where we find ourselves in Nollywood. I think everybody is getting into movie production because of fame. They are not getting the roles they want in movies, so getting into movie production puts them on the spot. They would rather produce their own movies to play the roles they want. Once some people cannot trust you to play certain roles, they want to prove to them to make people know them. And some do it for people to know that they have produced movies too.

Are you thinking of joining the producers?

No, I have no interest in that aspect now. I have not even thought in that direction.

Continue Reading
You may also like...
Related Topics:interview, niyi johnson