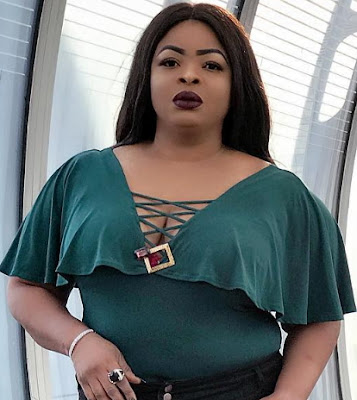 A male fan dared Nollywood actress Dayo Amusa yesterday when he posted a sensitive comment on her new photo.

The chubby and happy actress had shared a new picture of herself looking good in a green top and black jean in Brooklyn New York. 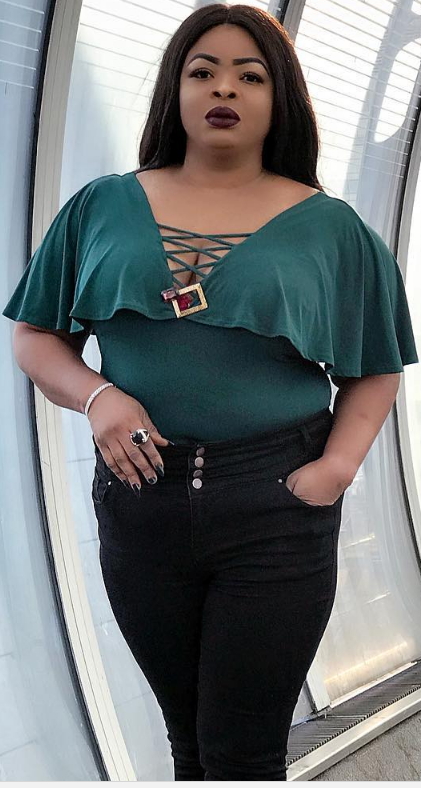 A male fan however called her out for adding excess fat.

The actress who is against fat-shaming swiftly responded “is it your body?Go and face your life problems”. 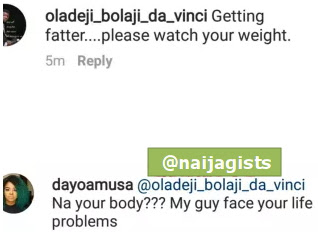 She later shared another photo with a motivational caption for women. 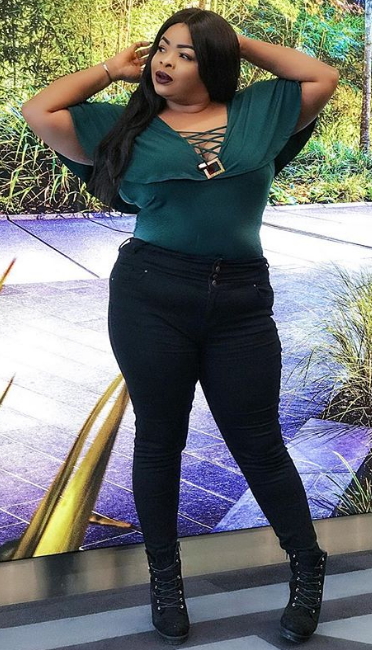 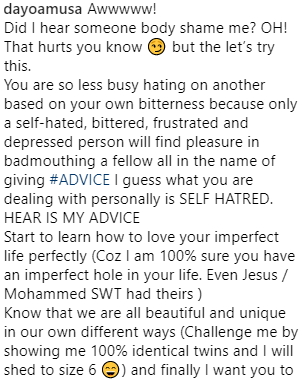 Continue Reading
You may also like...
Related Topics:dayo amusa, fat