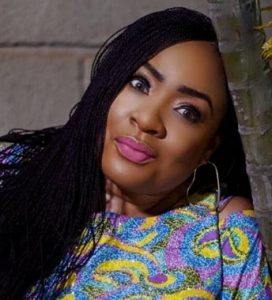 Nollywood actress Foluke Daramola who is now married to political strategist, Kayode Salako after the collapse of her first marriage in 2008, was nominated for Africa Movie Academy Award for Best Actress in a Supporting Role in 2013.

The Obafemi Awolowo University graduate took it upon herself to preach against the abuse of drug and some violent acts among young people in her campaign the day she joined the league of 40-year-olds.

Having made her debut back in 1998 in the popular TV series, Palace, Foluke has gone on to appear in several movies while she has also produced a number of her own movies in recent years.

She is the founder of “Action Against Rape in Africa” which is a movement that seeks to curb rape and bring perpetrators of sexual assault to book across the continent. This, she revealed, came as a result of having being raped as a teenager.

Continue Reading
You may also like...
Related Topics:activist, foluke daramola