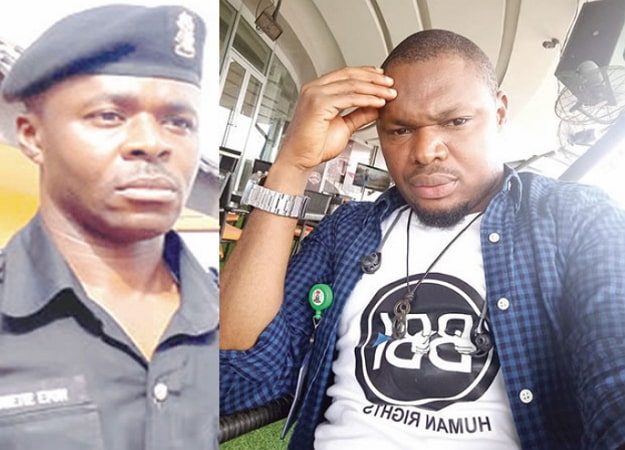 A popular activist who has saved a lot of lives in the past 5 years, Harrison Gwamnishu, has been arrested by the police from the C Division, Head Bridge, Asaba, Delta State.

Gwamnishu is the Director General of a non-governmental organisation, Behind Bars Initiative (BBI), which provides free legal service to prisoners and victims of human rights abuse.

While members of the group claimed that Gwamnishu was a victim of persecution, the state Commissioner of Police, Mohammed Mustapha, said he assaulted the Divisional Police Officer, C Division, CSP Eyoh Anietie.

A clip of the 29-year-old crying out for help from a police cell went viral on Sunday as members of the group alleged that he was being brutalised.

A member of the group, Gracious Ihunwo, who recorded the video, said three other members of the group were also beaten up by the police.

“Policemen, led by CSP Eyoh of Head Bridge, C Division, beat up the DG and three of our members in the station. We went for an intervention and they did not even allow him to talk,” she said in a post on the Facebook page of the group on Saturday.

Ihunwo, who later spoke to PUNCH Metro, said she had followed Gwamnishu to the station for the release of a suspect.

She said, “A lady came to meet us that her brother was arrested by the police during a raid on their area. So, my boss (Gwamnishu), I and three others, went to the police station to know if the offence was bailable.

“We never knew that the DPO at the station was the one involved in the torture and death of a 17-year-old boy in Warri. My boss handled the case; the DPO was transferred to Asaba over the incident. 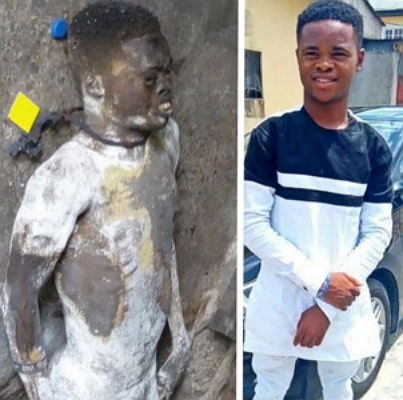 “My boss and two others went into the station. I was not allowed to go inside. When we got to the station, the DPO saw my boss and said, ‘You, Harrison, again?” Immediately, he slapped my boss. As he was crying and begging for help, I made a video of the incident as evidence because I knew they would deny it. The Divisional Crime Officer came out, slapped me and called me a bastard. The DCO attempted to take my phone, but I refused.

“Now, the DPO is pretending by going to a hospital and lying that my boss beat him up. That was the lie he sold to the CP. How can a civilian walk into the office of a DPO to beat him up?”

A human rights activist, Dede Uzor, in a letter to the state CP, Mustapha, demanded the unconditional release of members of the group.

Uzor, a member of the Network on Police Reform in Nigeria, asked that the DPO be removed from the station and sent for retraining.

“Recall that just last week, a lawyer serving in Onitsha was illegally detained without any cogent reason. We learnt that the lawyer was to represent a client in Warri, where the DPO formerly served. But seeing the lawyer, he was furious and accused him of standing surety for an absconded suspect. The DPO’s criminal activities and anti-human rights disposition has reached the limit.

“We unreservedly demand that the detained members of the rights group be unconditionally released; that their impounded vehicle be released without any further delay; that a written public apology be tendered to the rights activist; that a reasonable compensation be given to each of them to take care of their medical bills, among others; that the DPO should be sent for a refresher course at Orji River Police College to enable him to be in tune with the ethics of modern policing in line with the Inspector-General of Police policy; that a more police friendly and human rights police officer, who understands the ethics of the police, be sent to the division,” he said.

When our correspondent called Harrison on the telephone, he said he was writing his statement at the police command headquarters and could not talk.

He promised to call back our correspondent.

However, his two lines were switched off when our correspondent tried to reach him later.

The state CP, Mustapha, said that Gwamnishu would be arraigned on Monday for assaulting the DPO and the DCO.

When our correspondent asked if the DPO had had any disagreement with the victim before, he said it was only an excuse.