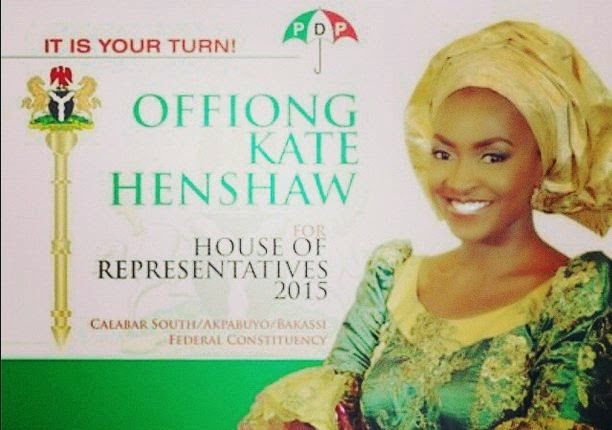 Mama Kate is not a happy woman at the moment over her daughter’s plan to take her own portion of the national cake.

Few weeks ago, Kate Henshaw announced her intention to run for a seat in Calabar Federal House of Assembly. Kate said her people encouraged her to represent Akpabio Bakassi Federal Constituency and her campaign poster are now all over the place.

Her mother on the other hand said politics is not for her daughter. She told her to pull out and allow someone else to go into it but the actress is too determined to stop.

Hear what she said in a recent interview:

Hope she wont regret her decision to venture into this bloody game called politics.

Politics is a serious business in Nigeria, some politicians in this country offer humans for election victory ritual.