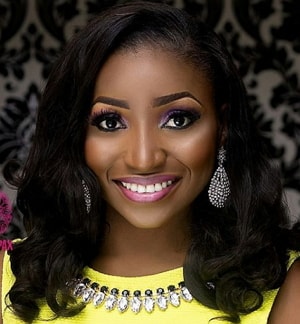 In a recent interview with Joe Agbro Junior, Nollywood actress Omowunmi Dada opens up about her career, her recent role in Sade animation movie, her love life and aspiration.

See excerpts of the interesting interview below.

It is 10 years since you starred in your first movie, Oya. From that time till now, how has your experience been like?

First thing, I think the industry (Nollywood) has grown. Other corporate bodies and government bodies want to partner with Nollywood industry because they have seen the amount of positive influence that Nollywood has in the society. Also, the quality of the movies. Now, we produce content for Nollywood for the world. So, things have really changed.

There is more acceptance from even the fans. I mean, when you go to the cinema, there are Nigerian movies that actually do better than foreign movies which do not use to be. Then, it was like testing the waters. My skills were very raw and not properly honed. Then I was still in school. It was just a gig I did. But now, I know this is the industry I want and I’ve gone for training. And of course, the bigger opportunities have come my way. The Oya movie, I only played a maiden. But now, I play leading characters. People want to watch a movie because Omowunmi Dada is there. So, there is a huge difference. Omowunmi Dada now is a brand name unlike ten year ago when nobody knew her.

What has been your most challenging role so far?

Hmm… my most challenging role so far will have to be Moremi. Moremi is a movie. It’s not out yet. Hopefully it would be out sometime soon where I played a boxing character and had to train as a boxer. And it was nowhere near easy because I didn’t train with people who were amateurs. I trained with the extreme professionals. My coach was Isaac Ekpo who is a commonwealth current champion in boxing and he drilled me. He didn’t take it easy at all. That I would say would be my most physically challenging character because it took a whole lot from me. There were times when I felt, ‘Oh no, Omowunmi, you can’t do this. You’re not a boxer.’ But then, I’m not every character that I play.

I’ve been part of a series that ran for a whole year, 256 episodes. We shot for one full year, 365 days and that in itself, being a character for a whole year was quite challenging. At every point in time, everything I do, I’m always coming back to be the character which is Folake. It’s an M-Net production. That itself was challenging. And of course, I just did an animation where I played an eight year old girl and I’m not eight year old (laughs). The expressions, your moves everything has to be reflected in your voice. Whatever work you put in your voice is what will come out and that is how people will perceive that character. That is also challenging. I would say those are my three most challenging characters.

There’s a perception in our society about actresses being perceived as being ‘loose.’ How have you coped with that?

I believe talent is enough but attitude is everything. You do not have to sleep with anybody to get to the top. Hey, how many people would you sleep with in a lifetime? But if you know what exactly you want to do and at every point in time, you are constantly working on yourself on becoming a better version of you and you are disciplined. Nobody wants to work with an undisciplined actor. So, I am not of the school of thought that actresses are loose.

Have you been sexually harassed?

I would say I have never ever been sexually harassed by anybody. I wouldn’t say that those that have been harassed are less good than I am. Maybe God has been graceful to me. Maybe I have just been carrying myself in a certain way that people look more at my talent, look more at my craft, look more at what I can bring to the table.

But you’re very beautiful lady and surely the menfolk will make passes at you. What has a male fan ever done to you that shocked you most?

(Laughs)… Male fans do really respect private space because I’m not even one person to let my private life out there. But we all get the regular messages of ‘Omowunmi, I like you, I want to be close to you, I want to marry you’ and things like that. (laughs)

You didn’t answer the question

What question did you ask?

I was asking about marriage. What’s keeping you?

I also read that you won’t marry an actor. Why is that?

It’s just a personal decision not to worry someone in my industry. I’ll like to experience people of other walks of life. I see people I work with as my friends, my family, brothers. I have never seen any of them that way. I’ve never been romantically involved with any actor. So, I haven’t seen any reason to get married to any one of them.

Right now, are you dating the current person that is not in Nollywood?

(Laughs)… Please permit me not to answer the question.

Okay, do you have plans of veering into directing?

Yeah, definitely. The funny thing, when I studied Creative Arts in Unilag (University of Lagos), I actually majored in directing. But of course, it was passion of acting that drove me into the theatre and I realised that I was also passionate about other things. So yes, sometime in the future, I would definitely create content. I’m learning on the job already. I’m reading books about directing but I’m not in a hurry.

Sex dolls are trending in Nigeria now. Can you date a man that has a sex doll?

Why would I want to be in a relationship with someone who doesn’t think that I’m enough? Who thinks he can substitute me with a sex doll or a sex toy? There is no point because there is so much to me. I’m unique, I’m beautiful, I’m wonderfully and fearfully made. So, if you do not see it, if you do not appreciate me that much, then there is no point. So, I’m not a huge fan of it. I don’t subscribe to it.

(Laughs)… That’s a huge question. But sometimes I think it’s overrated. It is a beautiful act but it’s best with the right person.

Your role in Sade?

It’s the very first African feature length animation produced by Africans and it features Africans. I wasn’t even the one that they had in mind to do Sade. It was someone else entirely. But while we were having the reading, she didn’t show up. People who know me very well know how I’m extremely passionate about animation. And I’ve been looking forward to being part of an animation. Sometimes, I feel like an animated character or as a cartoon character. I often dream about being a cartoon character. If I wasn’t human, I would have been an animated character. That day, I just offered, ‘I can read for Sade.’ They were like, ‘fine, okay just read.’ I went into the character straight up and I read. This nudged the producers a whole lot to thinking, ‘wow, if Omowunmi can deliver this at a reading, how much more?’ By the time the person came, they were like, ‘oh, we really want Omowunmi.’ It’s just a way of saying ‘always be prepared.’

Sade is eight years old. How old are you?

(Laughs)… I’m decades away from being eight years old.

[Interview culled from The Nation]