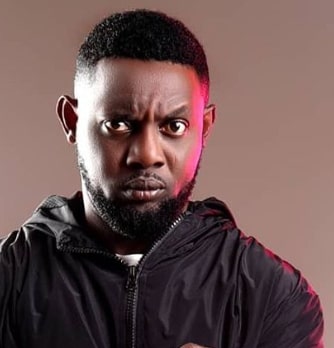 Comedian Ayo Makun has lent his voice to the ongoing war in Nollywood.

The comic star has joined Kelvin Ikeduba to further point out the evil eating up the movie industry.

Earlier, Kevin Ikeduba had posted a video voicing his opinion of Nollywood and it’s people. According to Kevin in this video that has since gone viral, the industry is filled with fake people who practise fake love and eye service.

Many people including some actors have applauded Kevin for saying the truth as it is.
Ayo Makun has also buttressed Kevin’s video further stating the battles he’s had to fight since joining the industry.

He states that while the industry is blessed with talents and geniuses, it is also a place of unnecessary rivalry and envy where actors don’t want another succeeding.

“Welcome to an industry where actors will not help you use their platforms to promote a colleague’s work”
“Welcome to a backstabbing community where they pretend to love you and condemn you when you are not there… The industry of ‘if she’s in that movie I can’t work with you”. 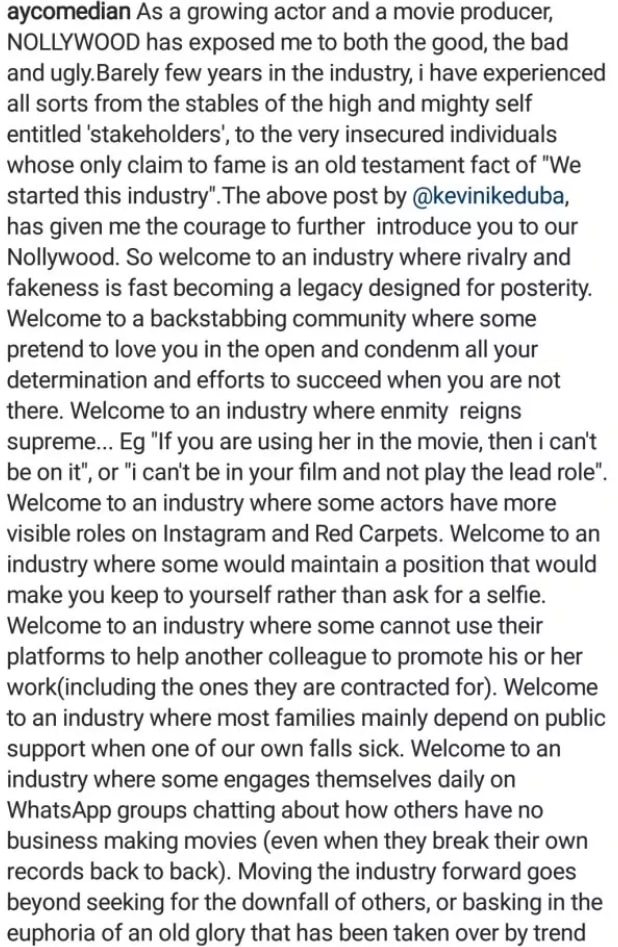 In less than 2 weeks,  over 5 Nollywood stars have come out in similar manner.

Continue Reading
You may also like...
Related Topics:ayo makun, nollywood