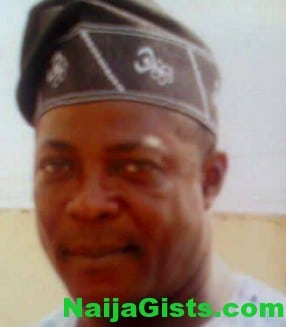 In a statement of claim filed before a Federal High Court in Lagos, Southwest Nigeria by a Lagos lawyer, Olu Ogunmola, on behalf of the plaintiffs, it was alleged that, sometimes in 2011, the plaintiff engaged and signed a contract with a film marketing company to market his film titled “Aroni Rogun Matidi,’ which was registered with the Nigeria Copyright Commission and also submitted it to National Film and Video Censors Board and got their approvals.

The marketer was given the right of releasing the film only at the Idumota market in Lagos, and it was further agreed that the agreement shall not cover the right to exhibit the film at Cinemas, Television, Cable Network, or the selling of the film ‘s Porter by the marketer unless as may be agreed by the producer.

However, it was alleged that, Multichoice Nigeria Limited’s DSTV having had unlawful, illegal and unauthorized access to the Plaintiffs’ film aired the said film on the 27th day of July 2012 at about 5pm vide their Network Digital Statellite Television in a Caption Yoruba African Magic and the airing continued through the 30th July, 2012 in flagrant breach of the Plaintiff ‘s Copyright of the film Aroni Rogun Matidi.

The Plaintiffs averred that on becoming aware of this flagrant breach of the Plaintiff ‘s Copyright of the film, instructed their lawyers to demand for a discontinuance of airing of the film, and also demanded for compensation and damages for the breach complained of, but the defendant ignored the two letters written to them, consequently,the Plaintiffs were compelled to write a petition to the Yoruba Video Film Producers/Marketers Association of Nigeria.

While the Plaintiffs were awaiting a response or reply to the petition, Multichoice who had earlier stopped the airing of the film after letters written to them informing it of the breach recommenced the unlawful and unauthorized airing of the film by cleverly changing the film’s caption to something else, while the entire features and theme remained the same.

The plaintiffs averred that a check at the purported 102, Ogunsanya Drive, Surulere, Lagos address of Frank Dallas Communications shows that no such company existed in the said address. Consequently the Plaintiff wrote a letter to Multichioce demanding for copyright Documents of Frank Dallas Communications on Ayeloja, Owo -Ida and Ofin and the Films Censors Board Certificate of same but the letter was not replied by Multichoice.

Consequently the Plaintiffs is now urging the court to declare that the unlawful and unauthorized airing of its film entitled ‘Aroni Rogun Matidi’ by Multichioce and serialing same by cleverly changing the caption of the film is a flagrant breach of its copyright under the copyright Act 2004.

The Plaintiffs are also urging the court to order Multichoice to pay them the sum of N25 million as exemplary and General damages for the financial trauma, financial hardship, financial embarrassment, loss of income inflicted on them by Multichoice.

However, Multichoice in its statement of defense filed before the court by the law firm of Ogunsanya and Ogunsanya, denied almost all the claims of Mr Lateef Onida and his company and averred that it acquired some Yoruba Soap Opera series titled Ayeloja, Owo ida and Ofin which came in episode formats with 26 episodes each from their lawful owner being Frank Dallas Communications, therefore never had any unlawful, illegal and unauthorized access to the plaintiffs’ movie titled Aroni rogun Matidi and that there was never a time the defendant aired the said movies as alleged, and it is not in any position to know whether the plaintiffs checked the address of Frank Dallas communications being 102,Ogunlana Drive, Surulere to ascertain its existence or not.
The defendant prayed the court to dismiss this suit with substantial cost for being frivolous and an abuse of court process.

The presiding judge, justice Oluremi Oguntoyinbo has adjourned till 4 December, 2017 for hearing to commence.

Continue Reading
You may also like...
Related Topics:filmmaker, multichoice, sues