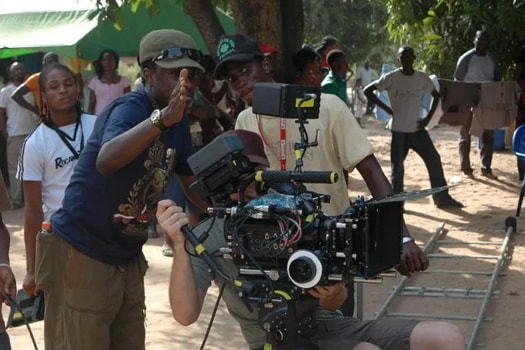 A Psychiatrist based in the UK, Dr Banji Adesoji, yesterday urged comedians and Nollywood producers, among others, not to stigmatise persons with mental health disorder.
He made the appeal at a public hearing organised by the Lagos State House of Assembly Committee on Health in Lagos.

The public hearing was organised on a ‘Bill for A Law to Establish the Lagos State Mental Health Service and Provide For The Protection and Care of Persons Suffering From Mental Disorder in Lagos State and For Other Connected Purposes.’

“The media should help us disabuse the minds of people about this. Nollywood is fond of stigmatising people with mental health problems.

“They should stop saying that every mental illness is spiritual,” he said.

He advised the state government to sponsor people with schizophrenic mental health challenge, which he said is expensive to manage.

According to him, this is important, as the health insurance providers do not cover mental health.

A Consultant Psychiatrist based in the United Kingdom, Dr Olufemi Oluwatayo, corroborated the issue of funding mental health treatment.

He said that the bill was long overdue in Nigeria, noting that it was well established in the UK.

Oluwatayo said the country needs a law to protect the mentally vulnerable people.

He however, noted that the bill did not specify who could be referred to as mentally challenged.

‘There are different levels of mental disorder. Homosexuality used to be a mental disorder, people who take drugs and others could be regarded as people with mental challenge.

“We have to spell it out, there are people with low IQ.

“Also, we have to specify who is the nearest relative of a mentally challenged person.

“If the police arrest people on the streets, who will pay for the treatment? We have to back the law with funding because someone has to pay,” he said.

Mrs Yemi Adamolekun, a participant, also said that the bill did not talk about educating people on mental health or stereotypes.

Adamolekun suggested that there should be a commission to deal with mental health in the Ministry of Health.

An officer in the state’s Health Service Commission, Mrs Kemi Ogunyemi, emphasised the issues of training and traditional medicine.

She said that there was no mention of people that patronise traditional doctors.

She said that a woman could call the police and report that her husband has mental problem if he beats her, advising that mental disorder should be well defined.

Earlier in his welcome address, Chairman of the House Committee on Health Services, Mr Akeem Shokunle, said that the public hearing was necessary to have the opinion of the people on the bill.

He said that the state government had the necessary resources to treat people with mental health problems picked on the streets by the police.

Also, the Speaker of the House, Mr Mudashiru Obasa said that the public hearing would help to deepen the legislation and aid public analysis of the bill.

Obasa, who was represented by the Deputy Speaker, Mr Wasiu Eshinlokun-Sanni, said that anyone picked on the streets by the police would be treated free of charge by the state government.

NAN reports that the bill permits a police officer above the rank of Inspector or officer in-charge of a police station to take into custody anybody that is found to be suffering from mental disorder and who is found within his jurisdiction.

In addition, the bill provides that female patients in a mental facility shall have separate sleeping accommodation from male patients.

It prescribes that they shall not be discriminated against with respect to treatment, community care, voluntary and involuntary treatment.

The bill seeks to guarantee the protection of persons with mental disorder in the state.