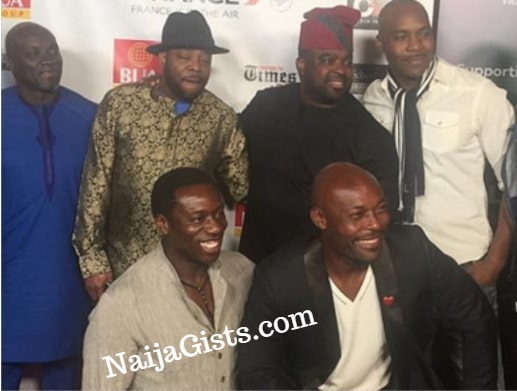 Nollywood In Hollywood film showcase organizers have fixed March 22 and 23, 2019 for the second edition of the event in Hollywood, California.

The event features screenings at some of Hollywood’s historic theaters, seminars and networking events.

Nollywood In Hollywood is a showcase of the top three Nigerian films to the Hollywood film Industry, the international media, film lovers and the Diaspora population.

The event is organized by O2A Media, Inc. in partnership with the School of Cinematic Arts at the University of Southern California and The American Cinemateque, operators of the historic Egyptian Theater in Hollywood. “The debut edition was a huge success by all yardstick. Our goal is to help Nollywood be what it can and should be – the leader in filmic stories about black people and culture,” says Mr. Maceo Willis, head of operations at O2A Media, Inc.

“The opening night screening of 93 DAYS was the first time an African film would play on that scale at the Egyptian. The audience at USC was captivated by ISOKEN, which was ably represented by the actress, Dakore Akande. Kunle Afoloyan showed the richness of the artistic minds out of Nigeria. 2019 will be bigger, better and we’re working at ways to involve those in Nigeria who can’t make it to Los Angeles”.

Nollywood In Hollywood is the brainchild of Nigerian-American filmmaker, Ose Oyamendan.

Concerned that despite the giant strides of Nollywood, the industry had very little traction in Hollywood, he reached out to the University of Southern California whose film school is the world leader and the historical Egyptian Theatre to co-present an event unprecedented for any African country in Hollywood.

The inaugural edition featured the screenings ISOKEN, 93 DAYS and THE BRIDGE to packed houses.

Nollywood professionals can submit their films and find out more about the event on it’s website at www.nollywoodinhollywood.com.