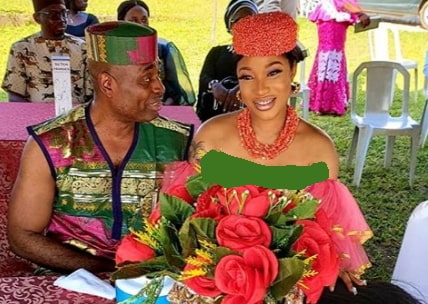 According to the NAN, the duo received the awards at the annual cultural event held at the Heritage Africa Centre on Saturday in Abuja.

Kenneth Okonkwo, a foremost Nollywood actor, was honored with the title ‘Agujiugo of Nollywood’, while Tonto Dikeh was named the ‘International Ambassador of Culture for Nollywood’.

Mr Agility Onwurah, Chief Executive Officer of Agile 247.Com, organiser of the event , commended the awardees, adding that the honour was to “tell them that their contribution to Nollywood is recognised”. 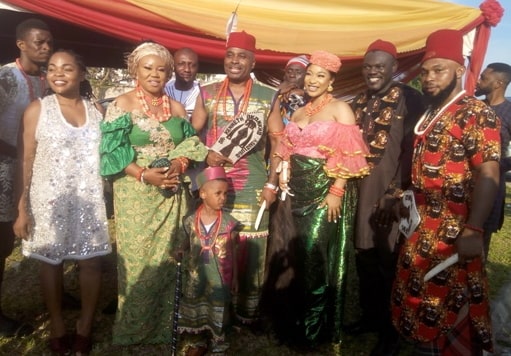 “Nollywood is our own, and anyone who has contributed to its growth and development, in what ever capacity should be celebrated.

“We hope that this honour will spur them to doing more for our dear industry,” he said .

NAN reports that it was a night Nollywood watchers will not forget in a hurry as they enjoyed the company of favourite Nollywood celebrities as artistes and cultural troupes took their turn to entertain guests.

Filmmakers and actors drawn from across Nigeria as well as traditional chiefs were present at the festival, which fans now look forward to every year.

Onwurah told NAN on the sidelines that the initiative was to present a platform where artistes as models and opinion leaders can promote Nigerian culture.

Read Also: Tonto Dikeh’s ex-husband gets new lover
He noted that since the movie industry was a veritable instrument in communicating ideas and lifestyle, including cultural heritage, every artiste ought to be a cultural ambassador.

“Culture defines a people and anyone who forgets its culture, forgets its root and identity.

“The festival is simply a platform where celebrities identify with culture and promote it to their fans and followers that no matter the influence of westernisation, we must uphold what defines us.

“Artistes are supposed to be mirrors of society, and that is why we are proudly showcasing our culture to fans, especially young Nigerians who are the future generation,” he said.

He, however, explained that contrary to insinuations in some quarters, New Yam Festival was not a fetish practice, as it was just a medium of “celebrating what we have”.

“As you can see, no fetish practice was observed here, as we simply pray on the yam as meal and we share among to everyone.”

He explained that the festival had evolved over the years into a rallying point for Nollywood stakeholders, fans and culture enthusiasts.

He noted that the festival was already a household name in the FCT, and therefore urged relevant stakeholders to support the organisers for its continuity.

“Each edition of the festival has always come better, and this is a testimony that people are proud of our culture and want to identify with it,” he said.

NAN reports that high point of the event was the unveiling of the roasted yam, spiced with traditional delicacies and the presentation of awards to some industry players and watchers.