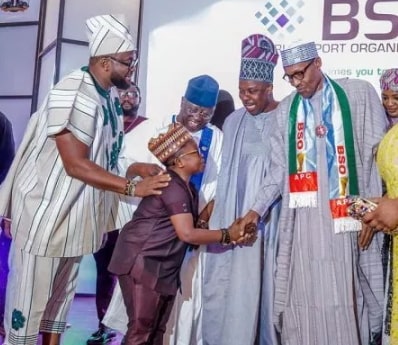 Famous Nollywood celebrities, Joke Silva, Desmond Elliot and some others have congratulated President Muhammadu Buhari on his re-election to office.

Buhari was on Tuesday declared the winner of the just concluded presidential elections following his re-election bid on the platform of the All Progressive Congress(APC) with a total of 15,191,847 votes, beating other contenders.

Celebrities have taken to their social media platforms to express their satisfaction with the new turn of events. Actress, Joke Silva put up a post on her official Instagram, @ajokesilva. She wrote, “Congratulations. Well done. League of extraordinary gentlemen. Now hit the ground running. Consolidate. 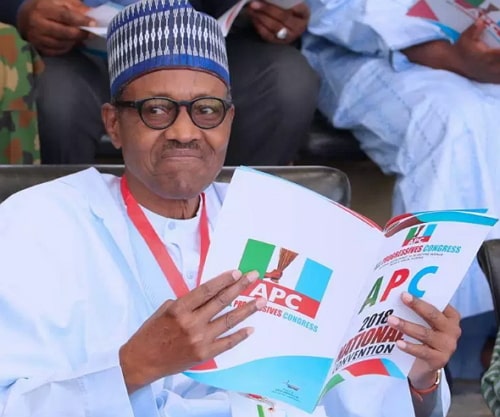 “Four years is a short time. Power needs to be sorted, without it we are going nowhere fast. God be with you, guide you and give you wisdom.”

Actor and politician, Desmond Elliot, who is a member of the Lagos state house of Assembly also expressed his joy.

Similarly, actor, Ali Nuhu wrote, “Hail my President PMB! Congratulations to all BUHARISTS , despite the mockery and the hate speech we finally won. Our gratitude goes to Allah.

Meanwhile , Singer Banky W who contested for a seat in the Federal House of Representatives, Eti Osa Constituency, under the Modern Democratic Party (MDP) and lost out, in a viral video expressed appreciation to his supporters.

He also enjoined the youths not to give up their dreams adding that his loss in the just concluded election was not the end of his political career but the beginning. “Hope we look back at what we accomplished in just three months and he shows us what we can do with the next four years.

I hope we realize that winning in some parts of Eti-osa is proof that we can do this anywhere. “I hope we know it’s failure only when we stop trying. And battles are only lost when you stop fighting “The real MDP logo is a ladder, I hope we are not tired yet of climbing.

I hope we remember all we said all along, that no matter the outcome, Election Day was never our finish line, it was only our starting point.

“I hope we made our generation proud, we were greatly outnumbered but we stood out in the crowd . The movement must now begin where the campaign ends.

“This was never a three month race, it is a lifelong commitment…may we still fix Nigeria, one community at a time,” Banky W said.(NAN)