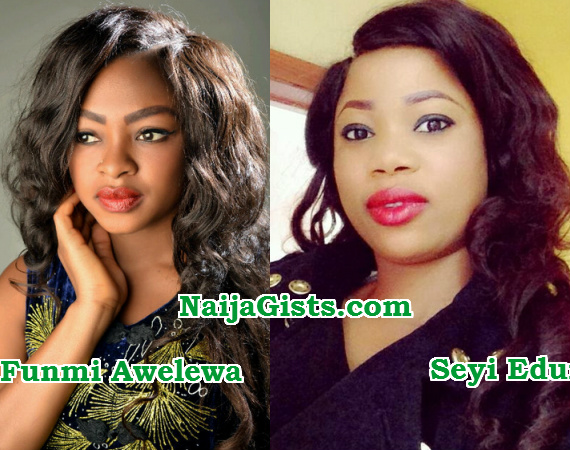 A couple of days back, an interesting BBM message was broadcasted mistakenly by Antar Laniyan’s personal assistant, Muhydeen.

The content of the BC was a BBM chat between Muhydeen and Funmi Awelewa about Seyi Edun and other Nollywood stars.

The chat between Muhydeen and Funmi was a gossip about Seyi. It reads;

According to BON, before the chat and the broadcast, Funmi and Muhydeen had met on actor Richie’s movie set in Ibadan and had talked about Shai (Seyi Edun) and Richie.

Funmi alleged that Shai said popular film Marketer “HYBEE” is bad deal for business. They said he doesn’t pay his producers, even after, making so much return from the released film.

Funny enough like everyone else the same Shai that was talked about got the BC and rebroadcasted with an initial quote “ Hmmmm God go dey expose una one by one…..Bring it on fake people everywhere”

SHAI, Biko stop creating Nuisance nd sit ur f****ng Ass Down. I am not a fool nd am not ready for stupid drama! U all m******ker re sending d bc like OMOLARA SAMUEL nd co. I will advice u to read d conversation again nd again. I am not here to please anyone, if u ar not happy wiv d way am living my life pls kindly save me d stress by deleting ursef. @arewa_awelewa”

We contacted Shai to get her reaction to the story, ” My brother, i really don’t want to be a party to this kind of thing. I thought Funmi was my friend, i’m surprised she could go about peddling false stories about me. I’ve been in this industry for about 10 years now, Funmi came in just yesterday, i wont have her get cheap fame through me. This is not the first time she is offending me, and i reported her to Ibrahim Chatta.”