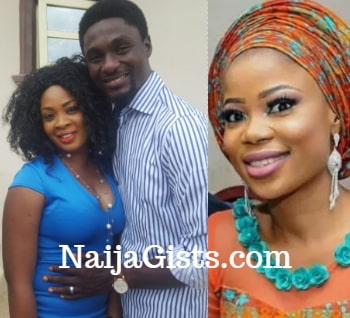 Controversial Nollywood actress Oluwaseyi Edun who married Toyin Aimakhu’s husband few months ago has called out colleagues monitoring her on the social media.

The actress shared a screenshot of her Insta Story which shows Bidemi Kosoko as one of her viewers.

As if viewing your friend’s Insta-story is a crime, Seyi Edun slammed Kosoko to stop viewing her stories. She event went further to call her a monitoring spirit. 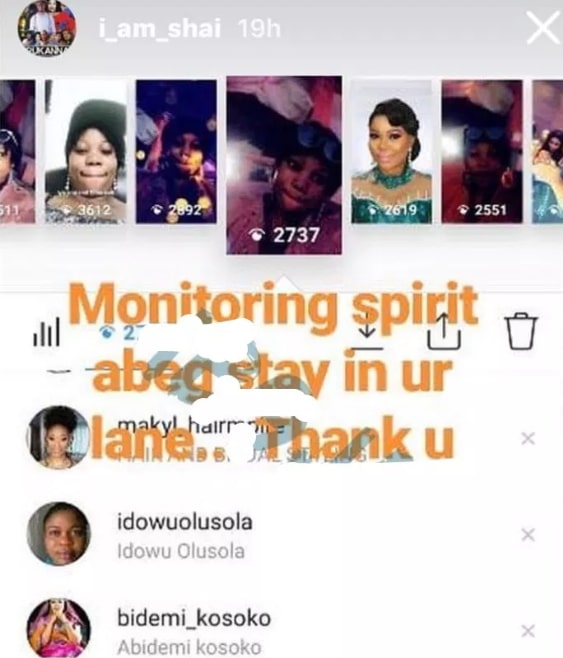 It is worthy to note that Seyi Edun’s relationship with a number of her colleagues has been strained due to Toyin Abraham’s popularity and influence.

Hence, her reaction to Kosoko who is obviously not in her caucus!.

When you talk about lack of courtesy, Seyi Edun is full of it.

What is the big deal in your friend watching your Insta-story.

We think there is more to this feud they are not telling us.