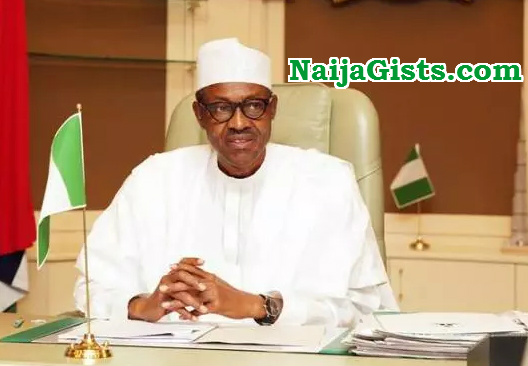 The Northern Youths Intellectual-Advocacy Forum expresses its altar dismay as regards barrage of criticism and attack on PMB following some key appointments into his government.
While criticism is allowed in any democratic setting, it is of paramount importance individual and groups do it constructively without calling names, as most of the appointments are in line with constitutional requirement. Integrity, Competency and trust remains the key bases for PMB appointment and not tribalism as portray in the print and social media.

PMB must first and foremost be alive to govern Nigerians, and this explains why he must appoint his loyalist and trust-worthy, and for those crying woe to high heaven on account of election defeat fail to put into consideration our political antecedent.

SECURITY:
Appointments of past Nigeria DGs of SSS from 1999 to date. The appointments are made based on trust and competence. Let us take a critical look at the following list of past appointments on DG DSS so we would know if the president is biased or not.

I could go on but let me stop here for the assessment and implication of the above lists is that Jonathan make sure anything to do with our economy was entrusted in the hands of the southerners, whilst leaving them to loot our economy to a standstill of red alert, our economy depends on crude no doubt about that, thus no body knew the amount of barrels that goes out, and sold Madam Ngozi Iweala could frame up any figure with her eloquent grammar and the Oga at the CBN could cover them with his fiscal policy of weak Naira to the amazement of dwindling economy, and this is the more reason Sanusi Lamido Sanisi, the then CBN Governor and now Revered Emir of Kano was removed.

I need not remind us of how juicy Power sector, Aviation, Security and Exchange Commission, and the position of SGF are to Nigeria Economy? In addition to 13% derivation fee accruing to the Oil Producing States, there is Ministry of Niger/Delta, NDDC, Payment for Pipeline Protection, and the list is endless. Of course what did we get? Impunity, collapse economy, widespread discontent, dispel, perpetual darkness, snailing educational sector with unending strike, terrorism, kidnapping, cultism, arm robbery and above all corruption. In fact corruption was the apple-eye of the government with all the care and attention it could get, as corruption was regarded as mere stealing or corruption not stealing yet $20 million could grow wing overnight and disappeared from our treasury.

It is shocking to imagine these individuals criticizing the PMB administration hitherto lives in Nigeria yet see nothing wrong with Jonathan’s appointments, but could see a million and one reasons to personally attack PMB.
You do not plant Cassava and expect to reap beans. Those complaining about every single move of PMB never voted for him in the first place, especially the Southerners but are quick to expect goodies from Heaven.

My advice for them is to wait for their time as they had squandered the golden opportunity given to them through formal President Jonathan, more so that PMB is yet name his cabinet.

So far so good PMB one month has position Nigeria to greatness, Olisah Metu could cry as much as he can but my advise for him is to save his tears for the raining day where prisons in Nigeria shall be filled to the capacity, and if he thought blackmail, baseless accusation would deter PMB from carrying out his statutory responsibility in the probing of Jonathan corrupt led-government he may as well re-think and meet Lai Mohammed for proper orientation, as the job of opposition goes beyond rhetoric and mere accusation of every policy of government.

Continue Reading
You may also like...
Related Topics:appointments, Buhari, northerners