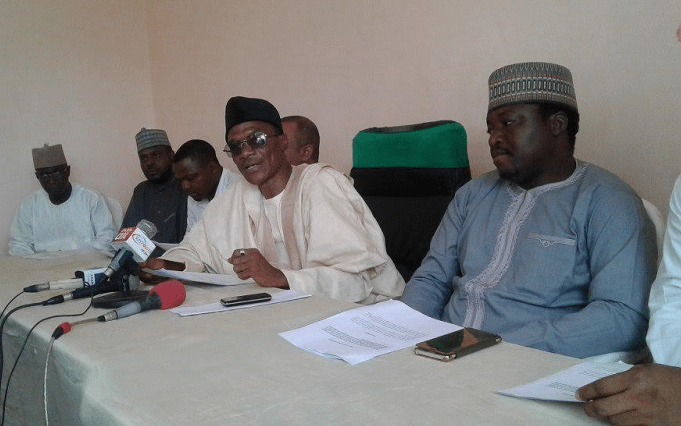 Northern youth groups  leaders that issued a three months ultimatum to Igbo yesterday called for the conduct of a referendum by the Federal government to enable Nigerians take a decision on whether the Igbo should be allowed to secede as being requested by separatist groups.

In the statement, the group lambasted the Chairman of the Northern States Governors Forum, Borno State Governor Kashim Shettima and El-Rufai for condemning their controversial statement and ordering the arrest of its signatories.

Yesterday’s statement signed by Abdul-Azeez Suleiman, who signed the earlier statement, urged the Federal Government to urgently initiate the process for a peaceful referendum to allow the Igbo to go.

The group however denied calling for violence in its initial quit notice.

“At the end, we came up with a position paper which we presented as the Kaduna Declaration in which we primarily called on the authorities and the international community to step in to formerlise the actualisation of the dream of a people who say in words and in action, and the whole nation appears to concur, that they are Biafrans, not Nigerians.

“We further urged those Biafran nationales to relocate from the North to their newfound country in order to allow other people have peace. We are today compelled to make this further statement to clarify our stand on some issues that trailed the Kaduna Declaration made on Tuesday June 6, 2017.

“After meeting to review the fallout of that Tuesday’s Declaration, our groups have noted hat some elements have for reasons best known to them, mischievously distorted the intent of our original script by alluding such words as ‘violence, ‘ ‘threat, ‘ ‘war’ and ‘mass action’ to it.

“We find this mischievous because as cultured thoroughbred Northerners we have never anywhere and at anytime, under whatever circumstances, called anybody to violence as a means of conflict resolution.

“In strict observance of that tradition we never employ violence as a means of pursuing our interest and, at every opportunity, we opt for peaceful engagements and implore people to eschew violence in all its ramifications.

“This informs why, a majority of discerning Nigerians, not necessarily northerners alone, understood and identified with our express call for the Biafrans to be allowed to actualise their long-held secessionist aspiration.

“We restate that we have never called anybody to violence and that people should discountenance the elements of fear and threat introduced by the distortions of merchants of mischief. We wholeheartedly endorse the moves made variously by our leaders to allay those fears and urge people to be peaceful and law-abiding while at the same time resolutely insisting on having the right thing done by allowing the Igbo to have and move to their dream country in accordance with the universal fundamental right to self-determination.

“We restate our determination and commitment to ensuring that the North will never partake in any contrived arrangement that would still have the Biafran Igbo as a component. We reiterate our call on Nigerian authorities and recognized international bodies such as the ECOWAS, AU and UN to hasten the initiation of the process for the final actualization of the Biafran nation and with it the excision of the Igbos out of the present federation”.