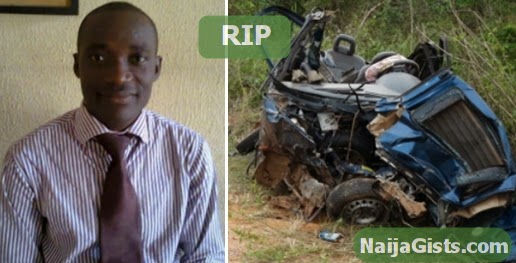 The identities of the victims of Ondo Deputy Governor’s convoy accident have been released.

The four people that died in the fatal car crash yesterday in Ondo state include Mr Alex Akinwale, his heavily pregnant wife, Kehinde Akinwale , their daughter and house maid.

The four people were the occupants of the vehicle involved in a head-on collision with the over-speeding convoy. 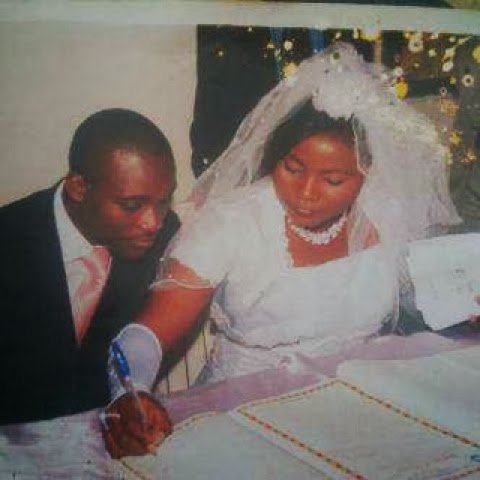 Alex and his wife Kenny on their wedding day

Here are some pictures from the fatal accident scene in Aponmu-Owena, along Akure-Ondo road. 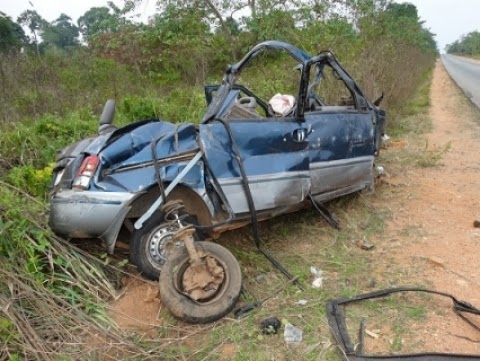 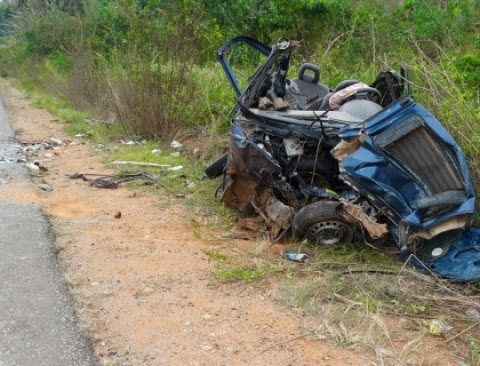 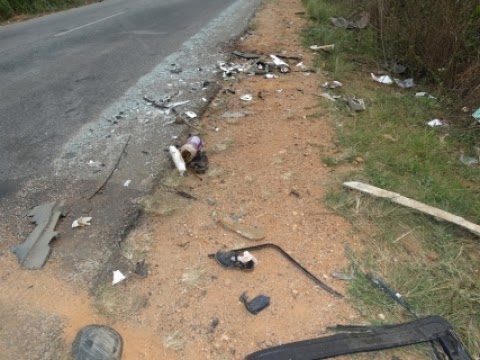 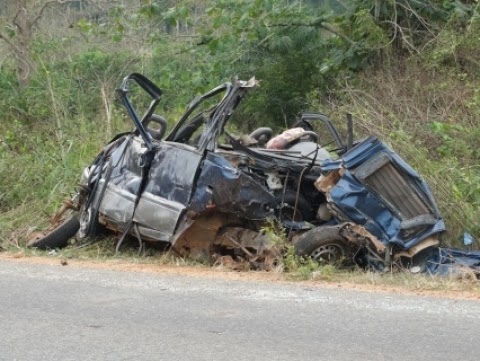 The convoy of the Deputy Governor, Alhaji Ali Olanusi rammed on the Toyota Camry of a Traditional monarch, Oba Taofeek Olaposi, who was coming from Osun State, and heading to Akure.

The deputy Governor’s vehicle, which supposedly used as ‘spare car,’ bashed the white Toyota Camry car of Oba Olaposi, and immediately collided with another vehicle, a Nissan Serena of the NTA staff with Reg no. Ondo: AG 477 ANG.

Oba Taofeek Olaposi, the Osunmakinde of Ife Tuntun, was said to have been traveling from Ile Ife in Osun State, to Akure, with his driver and a teenager for an event in Akure.

Alex Akinwale, a long time Pastor with an RCCG church in Akure was also the chairman of the Nigerian Union of Journalists (NUJ), NTA Akure chapter until his death.

A staff with the organization revealed that the deceased was transferred from NTA Ikare, to NTA akure, where he was performing his duties brilliantly, and where he got along famously with his fellow staff members there.

The NTA Staff and his entire family with their housemaid were coming back from a function they attended in Ondo to Akure so as to meet up with church program on Sunday when they meet their untimely death.

Though the monarch involved in the crash escaped death, a little girl in his Toyota Camry car and his driver died on the way to the hospital.

A doctor on duty who refused to comment officially,or give her name, did inform Saharareporters that the surviving monarch and two other people have since been transferred immediately to the Traumatic Centre of the hospital in Ondo town.

“We could not immediately attend to their condition here because they are in a critical condition that was why we referred them straight to the New Traumatic Centre in Ondo for more, she said.”

The deputy governor reportedly suffered from shock and he is being treated by a family doctor presently after he was examined by some doctors at the Government house on Saturday.

Watch the video of the accident scene below:

This is really sad.