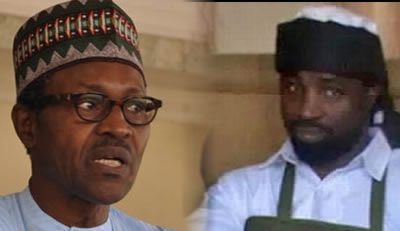 Contrary to the news currently going viral that Boko Haram terrorist sect nominated ex-Nigerian president, General Muhammadu Buhari as one of the mediator to take part in a requested dialogue with the Federal Government in Saudi Arabia, Buhari has denied his nomination. naijagists.com

According to the National Secretary of the Congress for Progressive Change (CPC), Engr Buba Galadima, the national leader of the CPC is not aware of the appointment: “As at 10pm on Thursday when I spoke with him, he said he has not even heard about it.”

Galadima said: “He (Buhari) said the whole thing to him, is just speculation. And since nobody has contacted him as a person for him to even know who is behind what, and what are the motives of the whole exercise, he would not speak to the press.” He revealed that Buhari, the 2011 presidential candidate of the CPC, further told him that as an elder statesman and a patriotic Nigerian, he will continue to pray until peace and tranquility return to Nigeria.

It would be recalled that the sect, had in a telephone press conference in Maiduguri, Borno State, through Abu Mohammed Ibn Abdulaziz, who claimed to be the Boko Haram commander in charge of Southern and Northern Borno, said that the sect would prefer the former military leader, General Muhammadu Buhari, ex-Yobe State governor and now Senator, Bukar Abba Ibrahim, first Nigerian Minister of Petroleum, Shettima Ali Monguno, Chairman of the Presidential Committee on Insecurity in the North-East, Ambassador Gaji Gatimari, and other prominent members of the Borno Emirate to mediate between them and the federal government.

Abdulaziz claimed he had the mandate of their leader, Imam Abubakar Shekau, disclosing that the sect was highly offended due to what happened three years ago (referring to the killing of the sect’s leader, Mallam Mohammed Yusuf).

Fashekun described Buhari’s purported nomination as “the latest gambit in the desire of this organically corrupt PDP-led Federal Government in diverting the attention of the unsuspecting Nigerian public from the on-going massive looting of their common patrimony.”

Fashekun also said: “Without any scintilla of equivocation, General Muhammadu Buhari has never been directly or remotely connected with any insurrection or insurgency against the Nigerian nation and her people. He remains the quintessential patriot that continues to magnetise the very best across the ethno-religious boundaries within the Nigerian nation-space.” The party chieftain accused the PDP of being responsible for the growing insecurity in the country, insisting:

“As we have stated in an earlier communication, the (PDP), as a corporate entity, is the harbinger of the insecurity travails of the Nigerian people for the sole reason of ensuring perpetuity in governance.” Fashekun listed the three categories of Boko Haram and alleged that the PDP-led government is sponsoring one of them.

“From recollection of events of the last two years, there are three variants of the Boko Haram: the original Boko Haram that is at daggers drawn with the Nigerian authority for the extra-judicial killing of their leader; the criminal Boko Haram that is involved in all criminality for economic reasons and of course, the most lethal of all, the Political Boko Haram, which this PDP-led Federal Government represents.

“The President, Dr, Good-luck Jonathan, had once alerted the nation of the ubiquitous presence of Boko Haram in his government, a fact aptly amplified by his erstwhile National Security Adviser, General Andrew Azazi.” He further drew instances from the revelations made by State Security Service.

“Undoubtedly, the latest revelations by the State Security Services (SSS) on the complicity of the top echelon of the PDP leadership in Boko Haram activities aptly bear testimony of the noxious subterfuge to extirpate the essence of our nationhood,” he said. (Source:DailyPost)