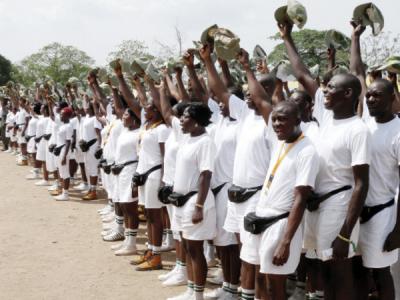 Peter Ogboi , Edo State Police Public Relations Officer (PPRO), has confirmed the death of a Youth Corps member who died after having sexual intercourse with his girlfriend in her house in Benin, Edo State.

His girlfriend, a student of the Shaka Momodu Polytechnic whose name was withheld, said she and her boyfriend (name also withheld) had hung out, during which time he took alcohol and suya. She also said she accompanied him to a local dealer to buy an undisclosed drug before they went to bed.

According to her, at about 2.a.m., he started shouting and his shouts attracted the neighbours who tried all means, including prayer, to revive him from exhaustion.

Despite all efforts, however, the Youth Corps member, who had initially been posted to Jigawa State but redeployed to Edo State because of the security crisis in the Nortern part of Nigeria, died.

Residents of the area expressed their shock at the incident.

The young lady, who is said to be the daughter of a pastor in Warri, Delta State, and the landlord of the house in which the incident happened, are currently being held at the Esigie Police Divisional Station.

The young lady’s dilemma is further complicated as she is engaged to be married to another man whom she has already introduced to her father as her would-be-husband.

The police spokesman said the matter was being investigated and a post mortem would be conducted on the deceased to ascertain the cause of his death.