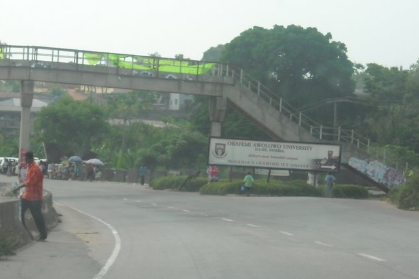 A Deeper Life Bible Church member simply identified as Christian who recently graduated from OAU in Ile Ife has murdered his own mother.

The suspect who is currently detained at SCID office in Osogbo reportedly asked his mother, a widow for N20,000 but she told him to exercise patience.

He later dragged her to her room where he reportedly stabbed her to death on Saturday 11th, 2016.

His younger sister, Folake who is currently in SS3 tried to rescue her mother from Christian but he pushed her aside and locked the deceased woman in the bedroom where he stabbed her to death.