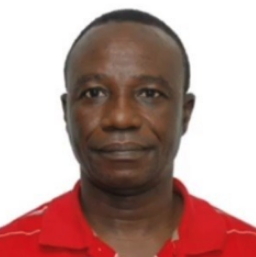 A lecturer at the Obafemi Awolowo University, Ile Ife, Osun State, who was accused of demanding sex from a female student of the institution in return for marks, has allegedly gone into hiding.

Metro Plus visited his office on Thursday, but he was not around.

One of the lecturers at his department said the man had been hiding since his leaked conversation with the female student went viral on the social media.

The lecturer, who did not want to be identified, added that the professor was also not at his residence, adding that some members of his church had been going to his house to sympathise with his wife.

He said, “The prof is not in the office. He has not been coming since his alleged conversation with a female student went viral. I don’t know where he is, but he has finished his sabbatical and has come back to the campus before this scandal broke out.”

There were few lecturers and workers standing in clusters in front of the Faculty of Administration where the department is located.

Most of them refused to speak on the matter.

The OAU Public Relations Officer, Abiodun Olanrewaju, said he could not tell if the lecturer had gone into hiding, adding that the committee investigating the matter had started sitting.

He noted that the school was still searching for the student.

He said, “For now, the prof. has finished his sabbatical, but he has some accumulated leave. It is only his head of department that can say categorically if he has been coming to the office or not.

“I don’t know if he has gone into hiding because he is not a criminal. We are still investigating the allegations levelled against him. He has not been convicted and he is not before any court of competent jurisdiction.

“We have set machinery in motion to identify the characters in the audio tape. Obafemi Awolowo University is the best ICT university in Nigeria and we have the apparatus to determine the vanity or otherwise of the audio tape.

“If any student comes out to tell the university that certain things happened to them, the university will investigate it. As a university, we don’t rely on speculations, neither do we dwell on rumours. But if we receive a formal complaint from anybody, either student or worker, that has to do with harassment – whether sexual, political, social or religious – we will take it up. But there must be a complaint before we know what to do.

“The girl that recorded the audio, we are still working on her identity and when she comes forward, we will know. But it won’t be in the interest of members of the panel to pre-empt that. However, they have started sitting on the issue.”

He explained that the university would ensure that thorough investigation was done into the matter to convince the public that the institution did not cover immorality or any other anti-social behaviour.

Continue Reading
You may also like...
Related Topics:lecturer, oau, student