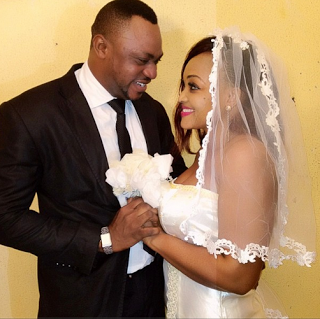 The couples tied the knot in an unnamed upcoming movie recently.

Mercy Aigbe shared this photo via her Instagram page few hours ago.

But it’s too late because Odunlade Adekola is a married father of 3 kids while Mercy Aigbe on the other hand is married with two kids.

Mixed reactions have trailed this movie photo few hours after Mercy made it available to fans.

Here are some comments on it

Friend Encourages Funke Akindele On Her Marriage Crash “U’ll Be Back, Wiser & Stronger”
Pastor Chris Accuses Linda Ikeji Of Blackmail; Our Daily Manna Publisher Urges People To Pray Against Her