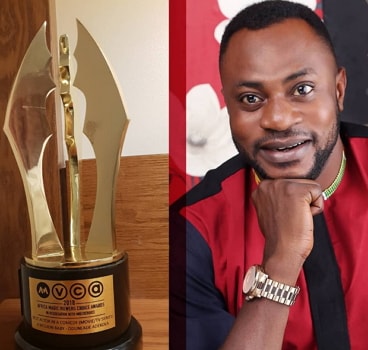 The reigning Nollywood actor of the moment got a major breakthrough yesterday at the just concluded Africa Magic Viewers Choice award.

Odunlade bagged his first Africa magic award of Best Actor in a comedy movie for his role in a Million Baby.

The actor who has featured in about 60 movies this year alone took to the social media to share his award plaque with fans with these loving words:

“Glory be to God…..#amvca2018 BEST ACTOR IN COMEDY MOVIE/TV SERIES.
When it is your time to shine or when it is time for people to appreciate what you have being doing for long, NOBODY CAN BLOCK YOU”

Omotola Jalade’s dream also came true last night as she was named the best actress at the event.