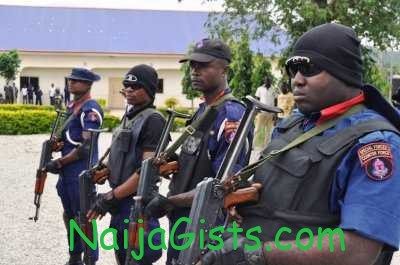 Officials of the Nigerian Civil Defence Corps, Calabar, over the weekend mounted a manhunt for a lady who allegedly had marathon sex with their colleague, Ofem Etah, during which he died.

A source at 2, Orok Ita Street, Big Qua, where Ofem lived told P.M.NEWS that the man came back from duty on Friday evening and without eating any food went into marathon sex with the girl and passed away during the act.

Ofem who hails from Mkapani in Yakkur Local Government Area is alleged to be fond of having sex with girls in most cases on empty stomach.

A neighbour who did not want his name in print said the girl was among the several girls that visit Ofem.

“When she came she greeted us but we did not take particular interest in her and when she came out of his room we did not say anything to her because we did not suspect anything unusual until his town girl brought him food,” the neighbor said.

He said the girl took away Ofem’s phone probably to avoid any trace because she and the deceased night have had some communication before the visit.

“People from his office came here and disturbed the whole street but they could not arrest anybody because the girl went away with his phone,” the neighbour said.

When P.M.NEWS visited the Corps’ office, the Public Relations Officer, Mrs Nkoyo Bassey said: “The man was enjoying himself so that is strictly his personal responsibility and not the Corps’. Have a good day”.

A source at the Operation’s unit of the Corps where Ofem worked before his death said there are efforts to track down the lady “but for now we have not arrested anybody”.(PMnews)

Na the thing wey he sabi most kill am.