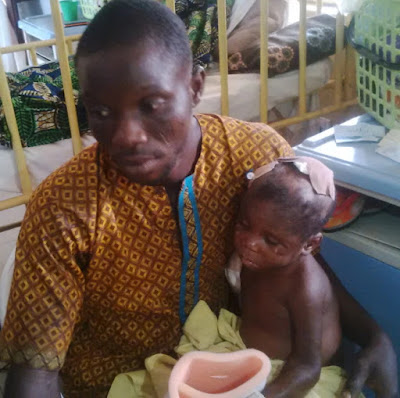 The Ogun State government Monday asked members of the public to discountenance a fundraiser launched for a five-year-old girl, Iyanu Olanrewaju, whose arms and legs were allegedly broken by her stepmother.

The government said it was up to the task of footing the medical bill of the girl and warned a non-governmental organisation, Child Protection Network (CPN), against undue financial endowment fund.

The Director of Social Welfare Services in the state Ministry of Women Affairs and Social Development, Mr Olurotimi Sotubo‎, gave the position during a visit of the state delegation to the Federal Medical Centre, Idi-Aba, Abeokuta, where the abused girl was admitted.

The police had, last week, arrested Iyanu’s stepmother, Fatimoh Olanrewaju, for allegedly breaking the limbs of the child.

The suspect, now in custody of the Anti-Human Trafficking Department of the state police command, reportedly committed the crime at Onihale village, along the Abeokuta-Lagos Expressway.