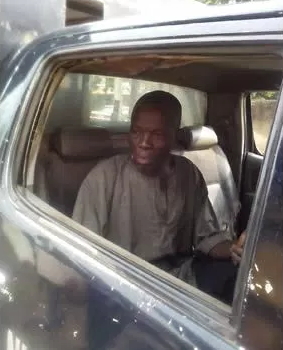 A security man identified as Salako Taloju has been arrested for allegedly selling a killer gin that killed 4 residents of Ogun State.

The suspect who reportedly worked as a security man for Ogun Politician Chief Sule Onabiyi stole the gin from the house of his master on Sunday and sold it to his customers on Monday.

Three of the 4 men he sold the gin to reportedly died at their respective houses on Monday while the last person died yesterday.