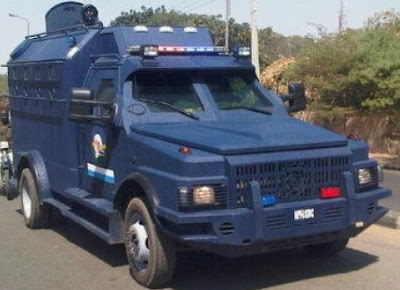 Some robbers wearing military uniform opened fire on a Bullion van belonging to the Central Bank of Nigeria near a military checkpoint in Riyom Plateau state yesterday.

The dare devils reportedly killed 2 police escorts and injured 3 staff of the Central Bank of Nigeria.

According to Plateau State Police Spokesperson Terna Tyopev, the robbers were unable to cart away money from the bullion van as police men engaged them in an intense fire fight at Hawan Kibo.

Hawan Kibo is a dangerous location which has, for many years, served as safe haven for armed robbers. It is a bushy and rocky area with a very difficult terrain. Hawan Kibo is not far from military check-points in Riyom.