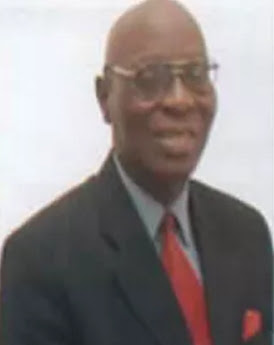 Some gunmen suspected to be kidnappers have abducted ex-Secretary General of the Ohanaeze Ndigbo, Chief Nduka Eya.

Chief Eya who was commissioner for Education in the old Anambra State, was whisked away from his Enugu residence on Thursday night to an unknown destination.

Wife of the kidnapped elder statesman, Prof. Regina Eya told our reporter that the armed kidnappers were not violent in their approach but quietly ordered their victim to follow them out of the house.

“That’s what I heard because I was in the bathroom when they came I didn’t witness the incident. He was at the dinning when they came and he followed them.”

She confirmed that the kidnappers have already demanded a ransom of N15 million.
The Enugu Police Public Relations Officer, Ebere Amaraizu, who confirmed the report, noted that the police have commenced investigations on the incident.

Speaking on the development, President General of Ohanaeze Chief Nnia Nwodo condemned the act, describing it as a very unfortunate development.

Said he, “Enugu has remained the safest state in the South East, this is worrisome, excessively worrisome. The governor has been alerted and I believe they are doing their best to see if they can track the perpetrators and use this as a test case to stop the resurgence of kidnapping.

My heart goes to his family; we will do everything possible to ensure he is returned unhurt.”