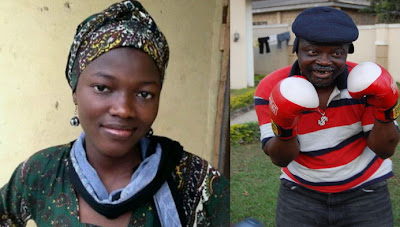 According to the actor, his missing daughter Damilola who was reported missing on her way to Ibadan from Oyo State has been found.

On July 9th, 2013 Olayiwola Rasaq reported the case to the police.

Police urged anyone with useful information to contact the nearest station about Damilola’s whereabouts when she went missing.

Damilola was said to have left Oyo town for Ibadan at 2pm, Tuesday, July 9th when her disappearance became news but sanity has been restored to the household of the Olayiwolas after Damilola’s whereabouts have been ascertained.

Another mystery solved. To God be the glory.