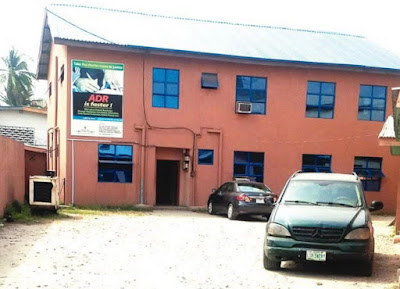 A primary six pupil, Princess, has been allegedly raped by a commercial motorcyclist (okada rider) in a hotel on Yemi Aderemi Street, Igbede, in the Ajangbadi area of Lagos.

We learnt that the 40-year-old okada rider, Uche Imo, was arrested by the police from the Isokoko division, while the manager of the hotel, who was accused of aiding the act, was invited for interrogation.

It was gathered that Imo and the pupil were neighbours on Tijani Street, Ajangbadi, and he was employed by Princess’ mother to take her and her sister to school.

Imo, a father of five, was said to have lured the 13-year-old girl with cake into the hotel. He had reportedly raped her in the facility four different times.

Our correspondent learnt that in one of the instances, Princess declined going inside the hotel room with the suspect, but the manager, William, reportedly persuaded her.

The mother of the pupil said she knew about the ‘sexual relationship’ between her daughter and Imo on February 14, 2016, after he brought Princess and her sister back from an outing on that day.

She said, “Baba Joy (Imo) was my neighbour and was the one taking my children to school. I paid him N200 every day.

On February 14, he came to me and said he wanted to take them out and I allowed him. He bought meat pie and ice cream for them.

When they came back, Helen said I should ask her sister what happened between her and Baba Joy.

“I asked her, but she denied that anything happened between them. It was when I started beating her that she confessed that Baba Joy had s*x with her, adding that it had been happening for long.”

Princess told the police that the Abia State-born suspect had been raping her since December 2015, adding that he usually gave her cake.

She said, “I am in primary six and live on the same street with Baba Joy.

In December 2015, he took me to the hotel and had s*x with me. I did not want to enter, but the hotel manager said I should.

He had taken me there four times and he usually bought cake for me.”

Our correspondent learnt that Princess was taken to the Mirabel Centre, a human rights organisation, at the Lagos State University Teaching Hospital and the case was subsequently reported to the police.

The suspect, in his statement to the police, confessed to the crime, saying the hotel manager was aware of it.

“I am married with five children. My first child is in Senior Secondary School two. I lived at the back of Princess’ house before I parked out in January.

I told her I liked her. Whenever she had a chance, she would call me from a business centre and I would pick her up where she was, take her to the hotel and have s*x with her.

“There was a day I took her to the hotel and she did not want to enter. The manager pleaded with her on my behalf. I paid N500 for an hour,” he said.

The 55-year-old manager, who admitted that Imo was his customer, said he had warned him to stop bringing the minor to the hotel.

The charges read in part, “That you, Uche Imo, on January 25, 2016, at about 5pm on Yemi Aderemi Street, Igbede, in the Ajangbadi, Lagos State, in the Apapa Magisterial District, did defile a 13-year-old girl, thereby committing an offence punishable under Section 317 of the Criminal Law of Lagos State, 2011.”

The defendant pleaded not guilty before the presiding magistrate, Mrs. A.O. Adegbite, and was granted bail in the sum of N200,000 with two sureties in like sum.