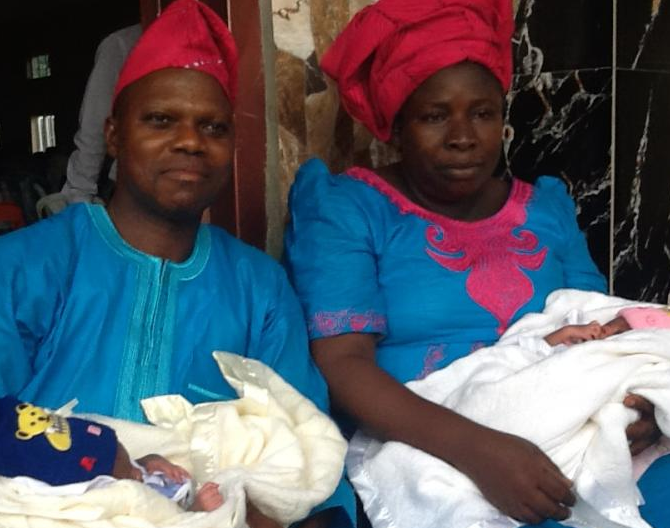 April 22, 2017 – Nigerian Pastor & Wife Welcome Twins After 16 Years Of Marriage In Ikere Ekiti, Give Testimony To Encourage Others

A Pastor at Gospel Faith Mission International in Ikere Ekiti gave his testimony two Sundays ago to the glory of the Lord and to the shame of the devil.

52-year-old Pastor Michael Sunday Ajala and his beautiful wife Helen Folasade Ajala, 43, married on the 18th of August 2001 and since then they have been waiting on God for the fruit of marriage.

As God will have it, Folashade saw signs of pregnancy in July of last year and went for a scan which confirmed her pregnancy. 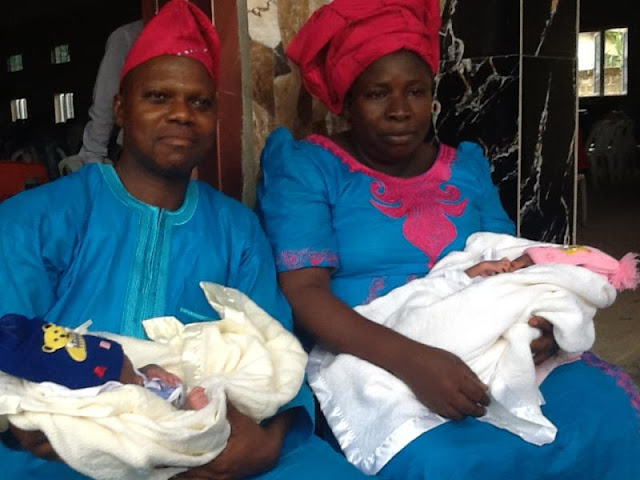 She puts to bed on the 2nd of  April 2017 exactly 9 months after conception.

The couple had a lavish naming ceremony for the twins ( a boy and a girl) at Hephzibah Cathedral of GOFAMINT in Kajola area of Ikere Ekiti on the 9th of April 2017 where they shared their testimony to inspire others. 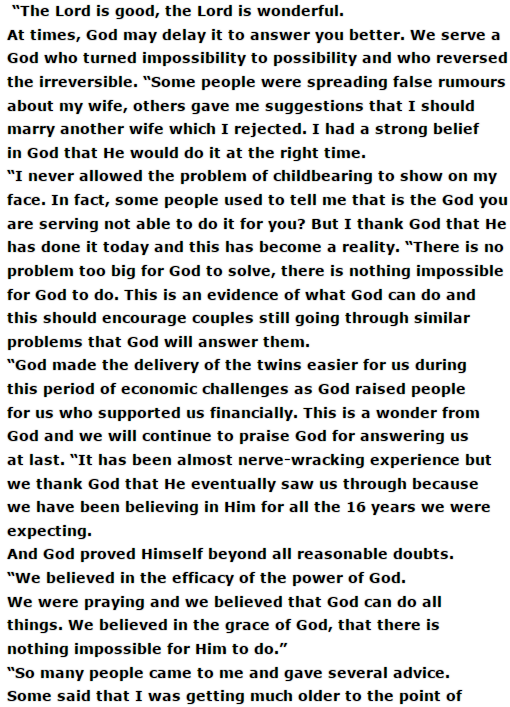 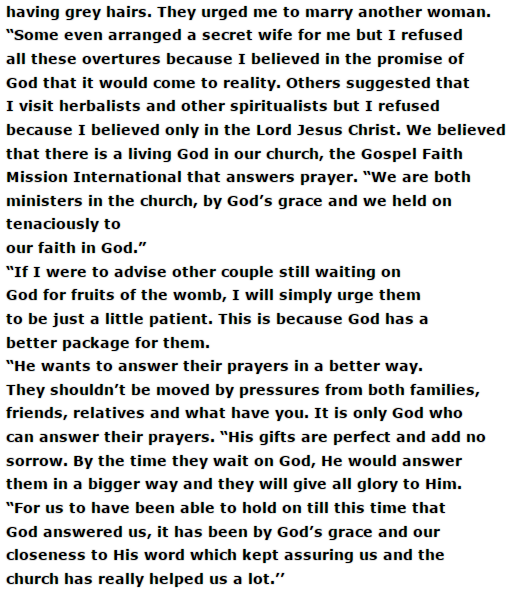 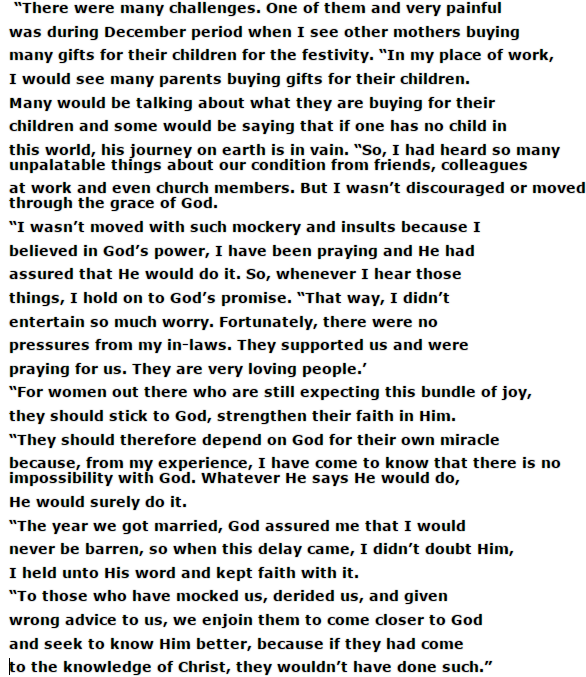