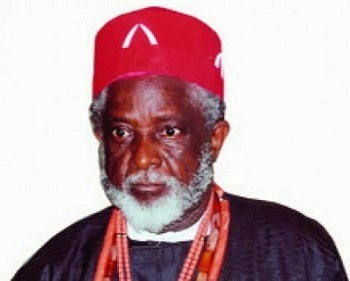 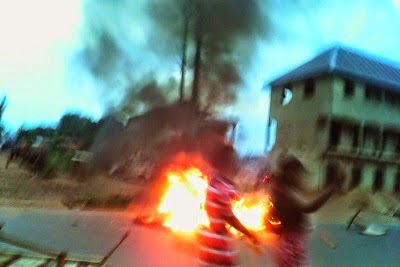 Popular Nollywood actor and musicologist, Igwe Laz Ekwueme is going through some tough times right now as his palace has been set ablazed by his subjects and some angry residents of Oko town.

The monarch of Oko Kingdom in Anambra state has been forced to run for his life after residents and subjects burned down his palace.

On the the eve of the Okposi Oko festival, last Saturday, some indigenes of Oko flouted the Igwe’s order and publicly paraded a masquerade. According to reports, the Igwe invited security officers to disband the masquerade procession. Unfortunately one of the security officers shot dead a masquerade in the process. Following the death of the masquerade, angry residents of Oko besieged the Igwe’s palace and set it ablaze, destroying a lot of valuable property along the way.

Sources from Anambra state disclosed that the whereabouts of the monarch is still unknown.

See more photos from the protest below: 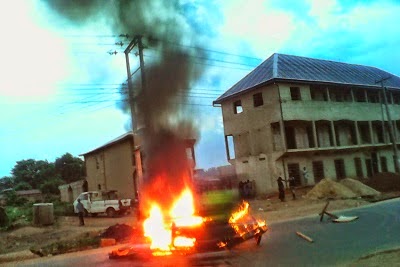 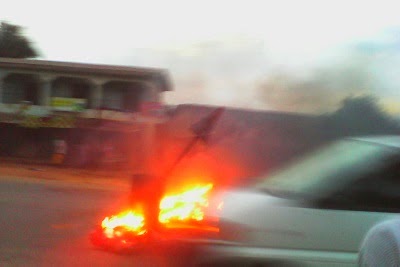