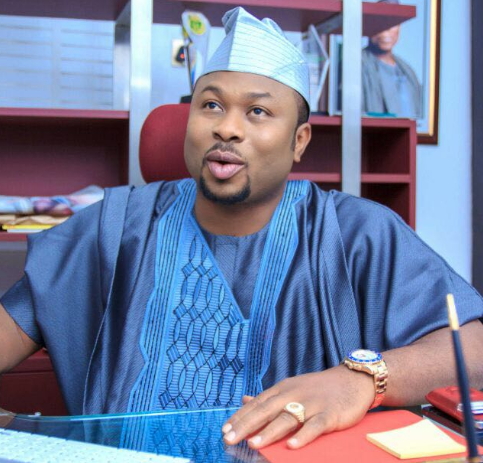 This time, their rift got messier on Friday as they spent the day calling each unprintable names on Instagram.

Trouble began after a vendor called out Mr Churchill on Thursday for allegedly owing it and absconding with its appliances from the home he once rented in Ghana.

This got her estranged husband angry, prompting his decision to blow hot on Instagram.

In a lengthy post, he told Tonto to desist from ”associating herself with anything that has to do with him”.

“My interest is my son, whom you have deprived me of seeing 14 months before the court case. I was able to see my son after the court granted me sharing custody, which was before his birthday. You and your lawyer have refused to oblige to court orders four times including his last holiday. Please channel this same energy on responding to court order.”

Tonto fired back immediately. She claimed the EFCC blocked his (ex-husband) account because she reported his alleged criminal activities to the financial crimes institution.

“Go and pay your bills and leave me out of your nonsense.Your son isn’t on Instagram, so telling sad untrue stories is unnecessary. Quit telling people you can’t pay them because @efcc blocked your account. As a result of me reporting them to you,” she responded.

Mercy Johnson Steals The Show From Omotola Jalade In Sierra Leone…See What Happened Between Omotola & MJ In Freetown
Juliet Ibrahim: I’m Still Dating Iceberg Slim, I Removed All His Photos For Privacy & Professionalism