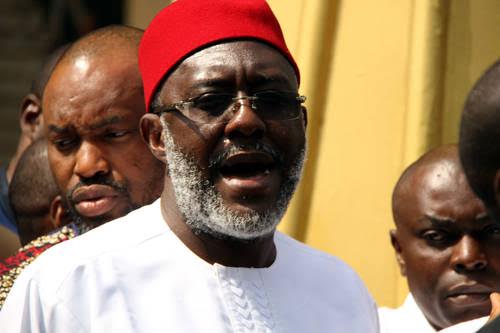 The spokesman for the opposition party, Olisa Metuh has been sent to Kuje Prison over his involvement in the Dasukigate scandal.

A Federal High Court judge today ruled the EFCC should be allowed to respond to the application since the fundamental rights enforcement procedure rules allows a respondent five days to respond.

Metuh has been in custody of EFCC for over a week on allegations that he received the sum of N400 million from the office of National Security Adviser.