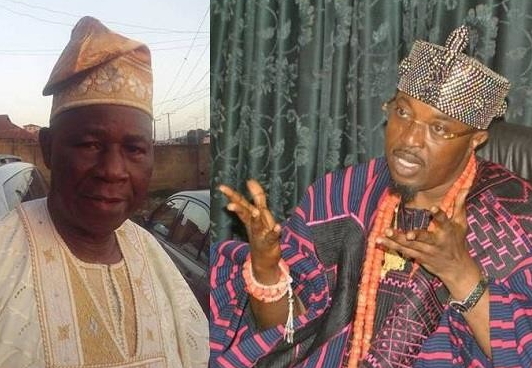 Power hungry King, Oba Oluwo of Iwoland has been barred from abusing his power in an attempt to strip popular Iwo Chief, Ogundokun of his Chieftaincy title.

An Osun State High Court sitting In Osogbo, Presided over by Justice Ayoola has granted an order restraining Oluwo of Iwo land, Oba Abdulrasheed Adewale Akanbi from removing, and, or appointing another person as the Bashorun Musulumi of Iwo land pending the determination of the main suit.

Giving her ruling on the application for motion on notice filed by Chief Ogundokun’s lawyer, Barrister Soji Oyetayo on May 11, 2017, Justice Ayoola said that an order is hereby made restraining Oba

The judge reviewed all the submissions of the plaintiff counsel, Soji Oyetayo including all the citations provided before arriving at the ruling.

His motion was relying on deposition to a 13-paragraph affidavit by Chief Ogundokun as well as filed written address and argument in support of the application by the counsel.

He therefore urged the Judge to grant the application since the respondents, Oba Akanbi and Imam Olododo have failed to file a counter reply to the application despite the fact that they have been served to contradict any disposition in the affidavit.

The trial Judge adjourned the main suit to October 3, 2017 for hearing.