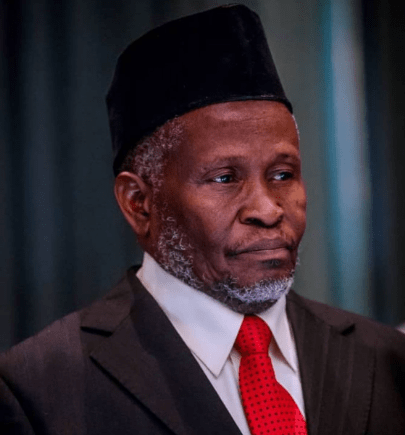 He was sworn in today following the suspension of former CJN Walter Onnoghben.

Here is what we know about Justice Muhammed according to his profile on Wikipedia. 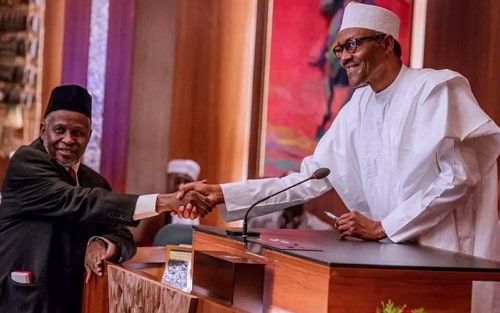 Tanko began his career in 1982, after his Call to Bar in 1981, the same year he graduated from the Nigerian Law School.

In 1989, he was appointed as Chief Magistrate of the High Court of Federal Capital Territory, a position he held till 1991 when he became a Judge at the Bauchi State Sharia Court of Appeal.

He served in that capacity for two years before he was appointed to the Bench of the Nigerian courts of appeal as Justice in 1993.

He held this position for 13 years before he was appointed to the Bench of the Supreme Court of Nigeria in 2006 but was sworn in on January 7, 2007.

Justice Muhammed was born on 31 December, 1953 at Doguwa – Giade, a local government area in Bauchi State.

He is a Nigerian jurist and Justice of the Supreme Court of Nigeria.

He was formerly a Justice of the Nigerian courts of appeal.

He attended Government Secondary School, Azare, where he obtained the West Africa School Certificate in 1973 before he later proceeded to Ahmadu Bello University where he received a bachelor’s degree in Law in 1980.

He later obtained a Master and Doctorate (PhD) degrees from the same university in 1984 and 1998 respectively.