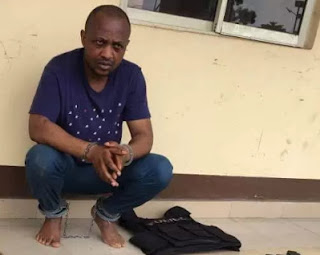 The ACP who led the successful operation that led to the arrest of Billionaire kidnapper Evans shared  photos taken the first time the suspect was paraded at Lagos police headquarters.

Personal items recovered from the home of the suspect include 4 AK47 rifles, 2 pistols, bullets and magazines, police bullet proof vest and a army cap. 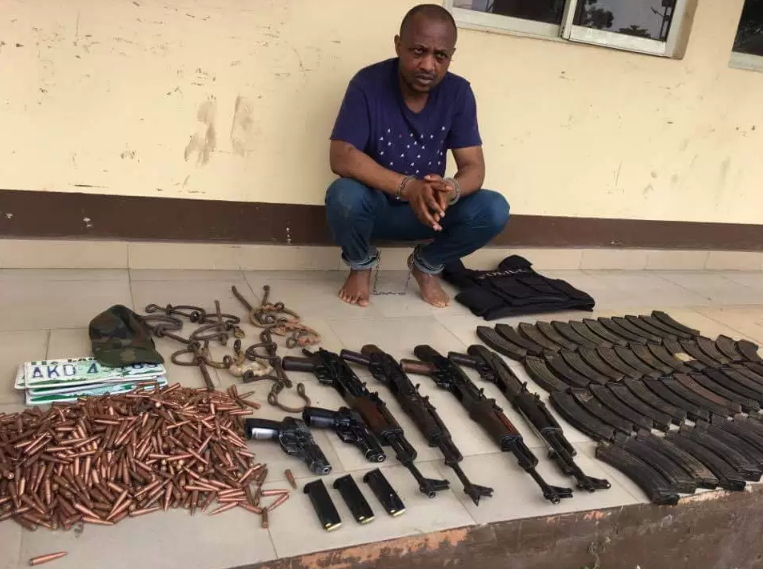 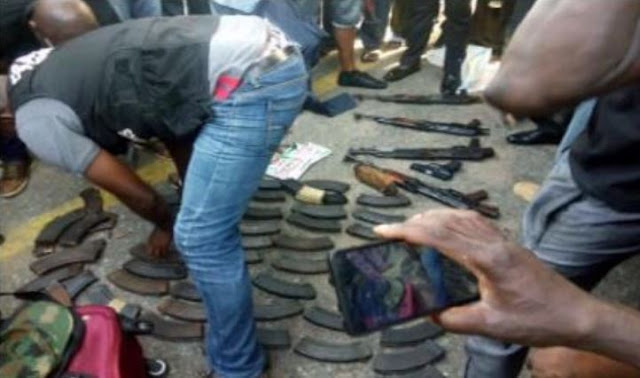 See items recovered from his gang members below 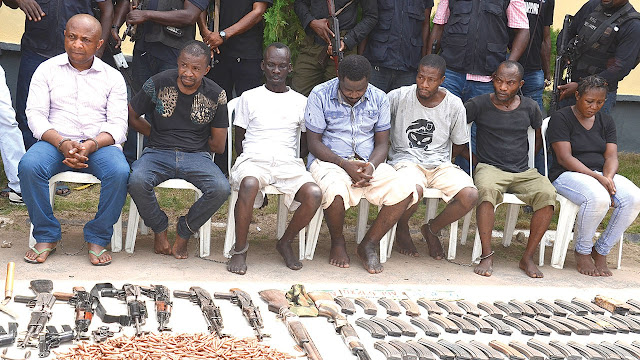