The controversial king of Iwoland has been exposed by another traditional ruler in Iwo, Oba Adeoye, the Oluwo Oke.

In a 33-paragraph affidavit, Oba Adeoye accused the Oluwo of Iwoland of hiding his criminal history and past status from those who made him king.

Oba Adeoye alleged that Akanbi used a fake name to obtain travel documents to New York where he was jailed and deported to Nigeria in 2000.

In 2001, he allegedly used his real name to travel to Canada where he became a Canadian citizen. He was arrested in Toronto and jailed between 2006 and 2007. 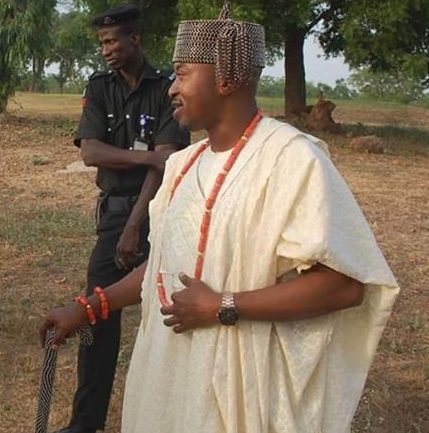 Oluwo of Iwoland was accused of concealing all these facts from kingmakers who installed him as the Oluwo in 2015 knowing fully well that such criminal history doesn’t qualify him to be made a king in Yorubaland.

He was also accused of hiring internet fraudsters (Yahoo Yahoo boys)  to use his palace to carry out fraudulent activities on the internet.

A Magistrate court in Osun state has issued a warrant for his arrest for refusing to appear in court on two several occasions.