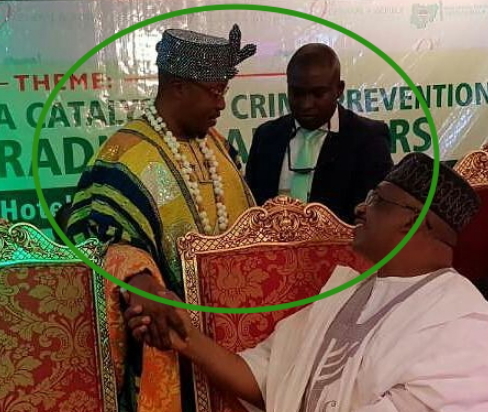 Feb 3, 2018 – Oluwo Of Iwoland Degrades His Throne By Standing To Greet Politician Who Refused To Stand Up To Honour Him

The Oluwo of Iwoland Oba Akanbi Rasheed has been called Agbero king for degrading his throne when he stood to great a politician who refused to stand up to honour him.

This is Oluwo getting serious with Interior Minister Abdulrahman Dambazau at an event in Port Harcourt on Tuesday. 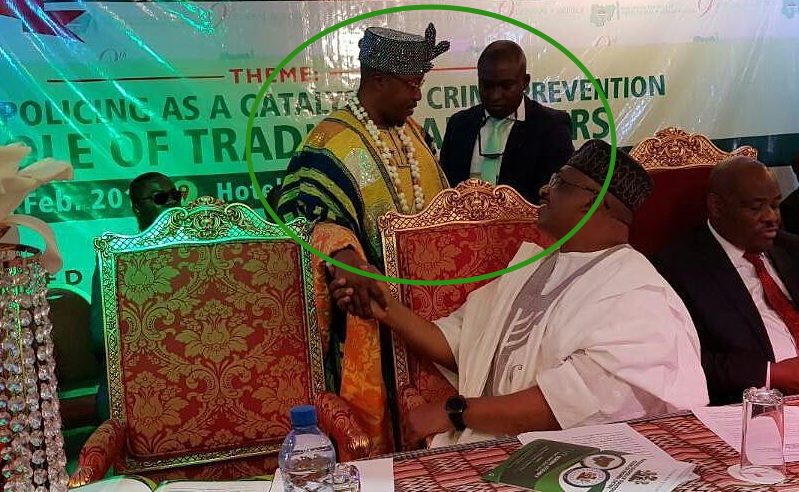 The politician allegedly sees the king as nobody as he sat throughout the conversation while the king stood like an “Agbero boy”.

It was during the conversation that he allegedly blocked the Ooni Of Ife from passing.

Come to think of it, can Dambazau greet the Sultan of Sokoto in this rude manner? Of course not . 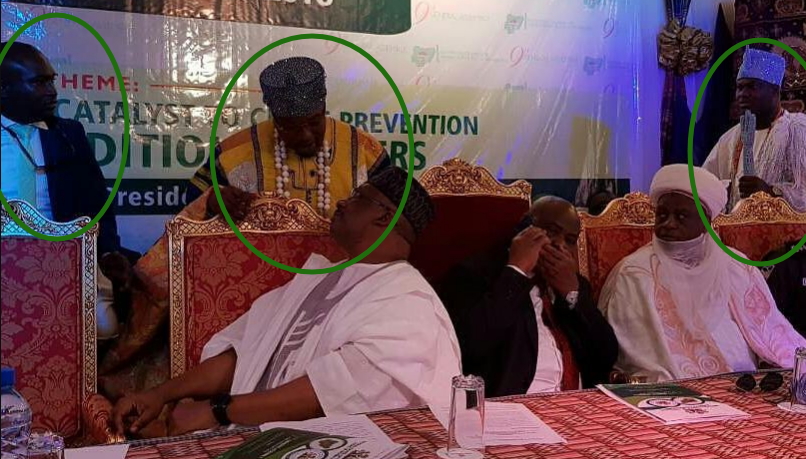 See the look on the Sultan of Sokoto’s face in the above photo.

What a shame to Oluwo’s throne.

Just like the Ooni Of Ife did when he used to go to every party in town then, the Oluwo of Iwo has been dragging his throne for a while now.

Hope someone can talk sense into the controversial king because a monarch is different from common traditional chiefs.

Eucharia Anunobi Battles Loneliness After Death Of Only Child, Laments On Movie Set
Man Who Gave Wife’s Mother “Belle” Calls Her A Slut As He Helps Her Abort Baby