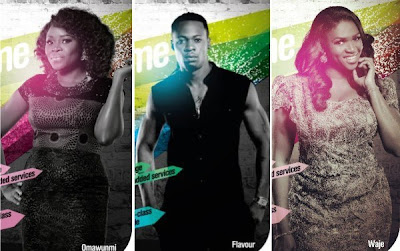 We learnt the 3 have signed the multi-million naira ambassadorial deal with Nigeria’s telecommunication giant, Globacom.

Omawumi made the confirmation on her twitter page few hours ago

Waje Iruobe also flaunt her own deal
“Hey!!!! this is where I’m at now, GLO.”