March 12, 2017 – Omega Fireman Apostle Johnson Suleiman To Followers: My Adultery Scandal Is A Spiritual Battle From The Kingdom Of Darkness

The GO of Omega Fire Ministries, Apostle Johnson Suleman has blamed his viral adultery scandal on the kingdom of darkness.

He ordered his followers to stop talking on the series of sexual allegations reports going viral about him on the internet.

In a press statement released by his spokesperson, Phrank Shaibu, Suleman urged all his followers worldwide to help him put an end to the scandal by not getting distracted by it.

Here is the Press Statement he released today:

This is coming even as more ladies are coming out to expose his adulterous relationship with them.

As earlier said, this drama is just unfolding. It is left for believers all over the world to stay in touch with their bible and stop allowing themselves to be tossed about with Charismatism. It is sometimes full of heresies. 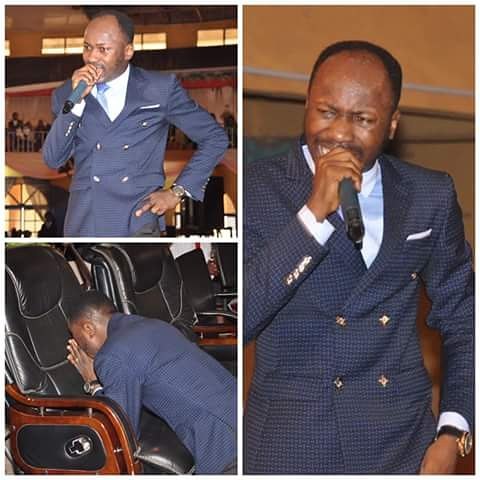 The bible says by their fruits you shall know them.

Believers make una open eye, do not allow religion to dull you. Our God is not an author of confusion.

Seek for the truth in this matter and it shall set you free.